In the first phase, the government had approved converting 58 district hospitals into medical colleges while in the second phase, 24 hospitals were selected 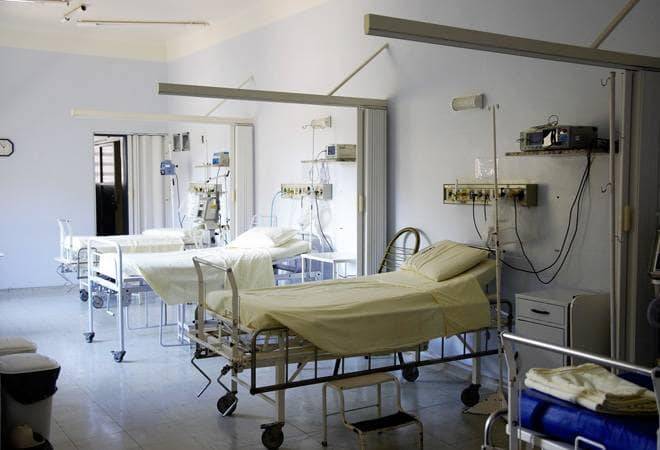 The Health Ministry has proposed to convert 75 district hospitals into medical colleges in the third phase of a scheme which aims at boosting availability of human resource for the health sector.

The proposal is a part of the centrally sponsored scheme for "establishment of new medical colleges by upgrading district or referral hospitals" preferably in underserved districts of the country.

In the first phase, the government had approved converting 58 district hospitals into medical colleges while in the second phase, 24 hospitals were selected.

Out of all these 39 hospitals have become functional while the remaining are still under construction.

"The proposal to convert 75 district hospitals into medical colleges in the third phase of the scheme has been sent for approval to the Expenditure Finance Committee (EFC), after which it will be sent to the Cabinet," a source said.

In this regard, a cabinet note has already been drafted, the source said.

The up-gradation of each of the 75 district hospitals into medical colleges would cost around ?325 crore, according to the draft proposal.

Once the proposal is realised, it would fulfil one of the promises made by the BJP in its manifesto for the recently-concluded Lok Sabha elections.

Under the scheme, the states put in a proposal earmarking hospitals in underserved districts to be converted into medical colleges keeping the criteria in mind that the district should have no other private or government medical college.

"The scheme aims at meeting the shortfall of human resource in the health sector. Medical colleges are unevenly spread across urban and rural areas of the country presenting wide disparities in the quality of education.

"The shortfall of human resource in health has resulted in skewing the distribution of health workers such that vulnerable populations in rural, tribal and hilly areas continue to be extremely underserved," a senior health ministry official said.

The scheme will serve to create additional 10,000 MBBS and 8,000 PG seats in the country, bridge the gap in number of seats available in government and private sector, mitigate the shortage of doctors and medical faculty in India by increasing the number of seats and to achieve the desired doctor- population ratio.

Further, to meet the requirements of Universal Health Coverage (UHC) there is need for improvement in the country's present doctor population ratio from 0.5 per 1000 persons to one doctor per 1000 persons by the end of the year 2027.

The scheme mentions that the country has one of the largest number of medical colleges in the world (422), with an annual production of over 57, 000 doctors and 25, 000 specialists.

However, India's average annual output of graduates per medical college is much less as compared to 149 in Western Europe, 220 in Eastern Europe and 930 in China.

Further, the medical colleges in the private sector have increased exponentially where poor students find it difficult to afford education.

"Hence, by opening new government medical colleges by attaching existing district/referral hospitals on one hand and liberalising some MCI norms on the other, a substantial number of MBBS seats can be increased thereby making affordable medical education available in the country and mitigating shortage of doctors with respect to the population and distribution of the human resources across the country," the scheme states.