In May, the Centre had announced a Rs 20 lakh crore 'Aatmanirbhar Bharat' stimulus to help the nation tide over the economic crisis induced by coronavirus 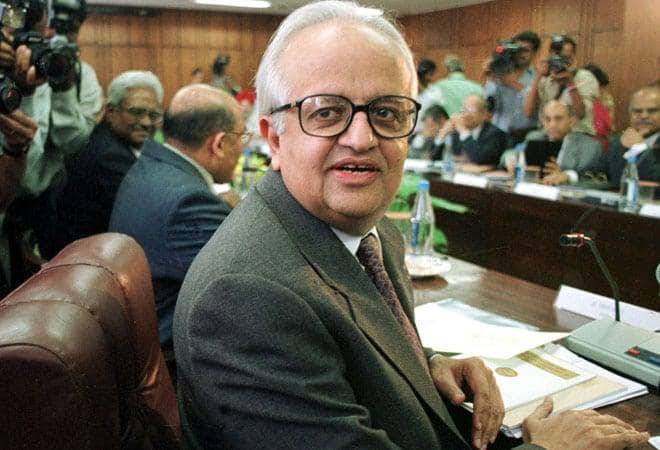 Former Reserve Bank Governor Bimal Jalan on Sunday opined against a fresh fiscal stimulus to boost pandemic-hit economy saying it is more important to spend the amount already committed by the government than to increase the deficit.

"I think the fiscal stimulus is already there... What you need is to spend the total amount of expenditure that you have already announced and implement what has been announced so far. That is much more important than increasing the fiscal deficit target again," Jalan told PTI in an interview.

In May, the Centre had announced a Rs 20 lakh crore 'Aatmanirbhar Bharat' stimulus to help the nation tide over the economic crisis induced by coronavirus. "... if you have finished the total amounts of resources that you have already announced, then you should increase the fiscal deficit," he added. So far, the Centre has announced three rounds of stimulus measures.

Recently, Economic Affairs Secretary Tarun Bajaj had said that Finance Minister Nirmala Sitharaman will soon announce the next set of stimulus packages to boost the coronavirus-hit economy. Replying to a question on India's current macroeconomic situation, Jalan said the COVID-19 pandemic had an adverse effect on economic activity, but now the Indian economy is on a revival mode.

"The expectation is that by 2021, this loss in jobs and the loss in growth would have been made up by the end of 2021," the former RBI Governor noted. And by 2021-22, if there is no recurrence of a similar COVID-19 crisis in the next few months, then the economy would certainly improve, he said.

The Reserve Bank of India has projected the Indian economy to contract 9.5 per cent in the current fiscal due to COVID-19 pandemic, while the International Monetary Fund (IMF) and World Bank estimates the contraction at 10.3 per cent and 9.6 per cent, respectively.

On inflation, Jalan said with a good agriculture output, he expects inflation in the next year would also be lower.

Common people have to wait until 2022 to get coronavirus vaccine shots, says AIIMS Director