Not only will this mode transport passengers, it could also be used to exchange goods and for oil exports. 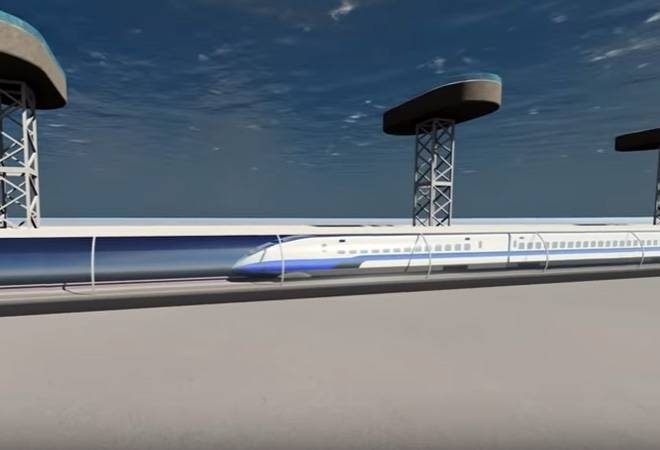 Imagine not having to undergo hours of air travel and underwhelming flight meals to reach the UAE from India. Imagine hopping on to a train and reaching the coasts of UAE in a matter of two hours. That is exactly what is being explored in a concept by UAE's National Advisor Bureau Limited.

In this futuristic mode of transport, the bureau is looking at the possibility of connecting Mumbai to the city of Fujairah in the UAE through an underwater rail network. As mentioned in Khaleej Times, not only will this mode transport passengers, it could also be used to exchange goods and oil exports as mentioned by the bureau's director and chief consultant Abdulla Alshehhi during the UAE-India Conclave in Abu Dhabi.

"This is a concept. We plan to connect Indian city of Mumbai with Fujairah through ultra-speed floating trains. The project aims to boost bilateral trade. There will be export of oil to India from Fujairah port and import of excess water from Narmada River, north of Mumbai. In addition, other GCC partners can also improve export and import," Alshehhi told a gathering of businessmen and industry experts, as mentioned in the daily.

The total length of the rail network will be less than 2,000 km but the underwater part could pose unique challenges and a lot of aspects would need consideration. "We will do feasibility study of the project. This is concept but a cool project to look at," he added.

The project that aims to boost bilateral trade will benefit UAE, India and others in the region, Alshehhi mentioned.

Meanwhile, India is already working on ambitious transport projects such as the bullet train and Hyperloop. Will this project see the light of day remains to be seen.