The H-1B visa filing season for the 2020 fiscal, which kicks off on April 1, 2019, will require employers seeking to petition for H-1B workers to pre-register electronically for the annual H-1B lottery. 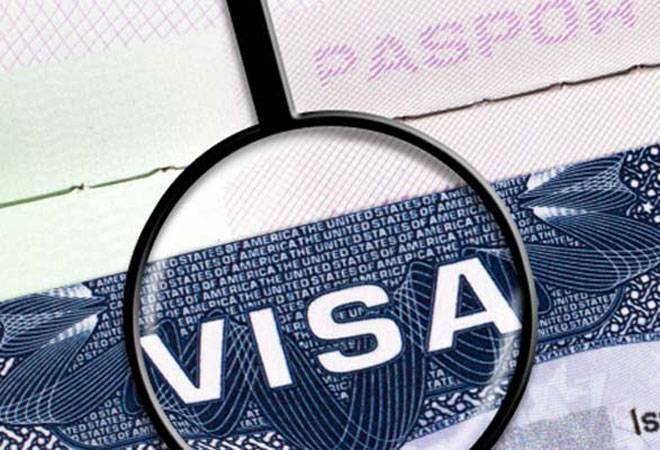 The Trump administration, already well-known for its hard-line anti-immigration stance, has just tweaked rules for the H-1B visas - a worrying development for Indians, who typically garner more than 60% of these visas.

The H-1B visa is a popular non-immigrant work visa that allows US companies to employ foreign workers in speciality occupations, and American tech companies have long depended on it to hire highly-skilled employees from countries like India and China.

According to The Times of India, the H-1B visa filing season for the 2020 fiscal, which kicks off on April 1, 2019, will require employers seeking to petition for H-1B workers to pre-register electronically for the annual H-1B lottery. Only the winners would have to subsequently file 'full-fledged applications', which are referred to as petitions. The move has already been approved by the US Office of Management and Budget (OMB) unit of the US president's executive office.

This change is expected to result in significant savings of administrative costs as well as time and paperwork for the sponsoring companies - i.e. those hiring foreign employees. Currently, all petitions have to be filed upfront in April, along with all supporting evidence, just for entry into the lottery.

In other words, the new rule will spare companies the effort of preparing a complete petition for applicants that don't get lucky in the visa lottery. It will also allow the US immigration agency, US Citizenship and Immigration Services (USCIS), to manage the intake and selection process for H-1B applications more efficiently.

So why should Indians worry? According to the daily, it is feared that the new rule will give more leeway to the USCIS in deciding who can work in America.

"The implementation of the pre-registration program along with the new information requested in Form ETA 9035 [Labour Certification form], which came into effect from November 19, has the potential for abuse because the 'fair and random H-1B lottery' may be relegated to a closely guided and criteria-driven process," David H Nachman, managing attorney at NPZ Law Group, told the daily.

The new labour certification form requires employers to indicate whether H-1B workers will be placed at third party (client) worksites along with details of the number of workers at each site and the names and addresses of their clients.

"The data-sets available may be filtered to choose only those H-1B petitions which do not require third-party placements. Or to select petitions of sponsoring companies that only have a certain number or less of foreign employees. It could result in a discriminatory process for choosing which companies get H-1B visas," added Nachman.

Although USCIS director Francis Cissna has indicated that the aim is to finalise the above-mentioned proposal in time for April 2019 season, public feedback could throw

a spanner in the works. Approval by the OMB, after all, is only the first step towards a change in the H-1B filing mechanism.

The next step is the publication of the draft proposal in the Federal Registry, followed by receiving and considering public feedback before the proposal is finalised. The entire process reportedly can take three-six months.

The buzz is that USCIS may further tweak H-1B rules to ensure that these visas are awarded to the most skilled or highly-paid employees and increase the probability of selection for those with a US master's degree. That's already been outlined in US President Donald Trump's Buy American and Hire American executive order. So, according to experts, the move to mandate pre-registration for the visa lottery would help push Trump's plans.