New petrol pump norms: licensees to set up a minimum 100 outlets with at least 5% in remote areas

Indian Oil Corp, Bharat Petroleum and Hindustan Petroleum --currently own most of the 66,408 petrol pumps in the country 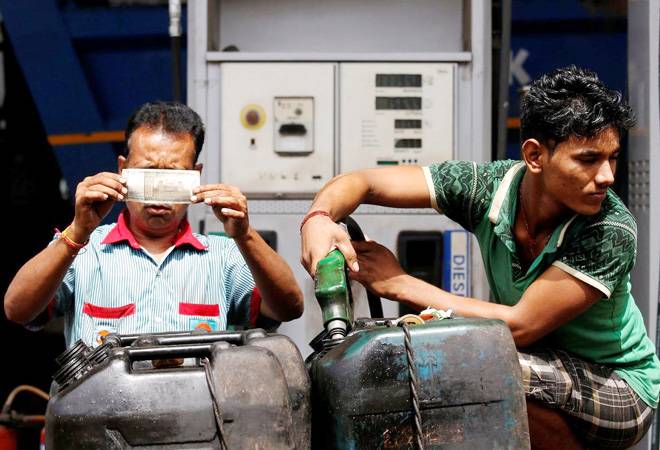 Reliance, which operates the world's largest oil refining complex, has less than 1,400 outlets.

India's new liberalised petrol pump norms require licensees to set up a minimum of 100 outlets with at least 5 per cent of them in remote areas.

According to a gazette notification detailing the norms for setting up petrol pumps, the licensee would also be required to "install facilities for marketing at least one new generation alternate fuels like compressed natural gas (CNG), biofuels, liquefied natural gas, electric vehicle charging points etc at their proposed retail outlets within three years of operationalisation of the said outlet."

Prior to this change, to obtain a fuel retailing licence in India, a company needed to invest Rs 2,000 crore in either hydrocarbon exploration and production, refining, pipelines or liquefied natural gas (LNG) terminals.

"Any entity seeking authorisation for retail marketing only should have a minimum net worth of at least Rs 250 crore at the time of making the application to the central government," the notification said.

It fixed the application fee at Rs 25 lakh.

"The entity needs to set up at least 100 retail outlets, out of which at least 5 per cent of the proposed retail outlets shall be set up in the notified remote areas within five years of the grant of authorisation," it said.

The applicant will have to state in the application the source of supply of products, tankage and other infrastructure with capacity, means of transportation of products and year-wise number of petrol pumps proposed.

The government had last set fuel marketing conditions in 2002 and the review now is based on the recommendation of a high-level expert committee.

Total in partnership with Adani Group had in November 2018 applied for a licence to retail petrol and diesel through 1,500 outlets. BP too has formed a partnership with Reliance Industries to set up petrol pumps but is yet to make a formal application.

While Puma Energy had applied for a retail licence, Aramco was in talks to enter the sector.

Reliance Industries, Nayara Energy (formerly Essar Oil) and Royal Dutch Shell are the private players in the market but with limited presence. Reliance, which operates the world's largest oil refining complex, has less than 1,400 outlets.

BP had a couple of years back secured a licence to set up 3,500 pumps but has not yet started doing so. It is now venturing into the business with Reliance with plans to scale up Reliance's present network strength to 5,500.

Failing to set up a minimum of 5 per cent of petrol pumps in identified remote areas would attract a penalty of Rs 3 crore per pump. But the firms can at their choice deposit Rs 2 crore per remote area pump at the time of licensing to get an exemption from the clause, the notification said.