"We consulted all big economists, without telling anyone without giving any speech. We were engaged in this work for six months," said the Congress President. 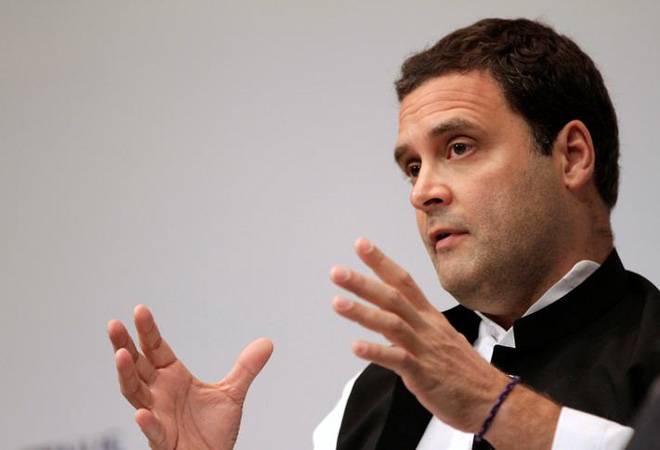 On Monday, the Congress president announced a minimum income guarantee scheme under which 20% of the poorest families would be eligible for Rs 72,000 from the government every year if they come to power in the upcoming Lok Sabha polls. As per the scheme, the money will be deposited in the accounts of the women of the households. According to Gandhi, the scheme will benefit 5 crore households, taking the additional annual expenditure to Rs 3.6 lakh crore.

However, Raghuram Rajan endorses the NYAY scheme but is sceptical of the funding. Rajan told BusinessToday.In last evening that there is no space in the country to handle Rs 7 lakh crore subsidy. "At this point if you ask me, given the way we are, can we add Rs 7 lakh crore, the answer is no. That is really what any sensible government, post election, will have to think about. How do I... make whatever (parties) promised, happen, but within the context of what space is available, and how do I actually improve delivery," Rajan said.

The NYAY scheme alone would be 1.92% of India's GDP if implemented.

Even so, during the press conference where Gandhi made the announcement, he said that the scheme is fiscally possible. "After doing all the calculations several times, we have found that this scheme is fiscally possible." He added that the scheme would be implemented in phases, adding that the party would remove poverty from the country if it came to power.

His sister Priyanka Gandhi also took to Twitter yesterday to laud the scheme that is going to help women and hand them a sizeable income. "So happy that under the NYAY scheme, women will be the ones who receive the annual amount of Rs. 72,000 directly into their accounts. Empower a woman, empower a family," she said.