Addressing the BJP parliamentary party meeting, PM Modi said the bill is as "historic" as the government's decision to nullify Article 370 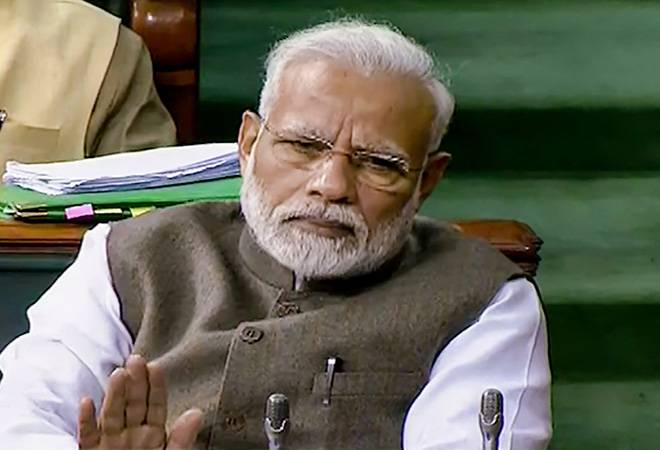 Citizenship (Amendment) Bill 2019: PM Modi asserted that the proposed legislation will be written in "golden letters" in history

Prime Minister Narendra Modi on Wednesday accused the opposition of speaking Pakistan's language on the Citizenship (Amendment) Bill and asserted that the proposed legislation will be written in "golden letters" in history.

People who fled religious persecution have long lived a life of "uncertainty" in India and will get "permanent relief" once the proposed law comes into effect, the prime minister said.

Sources quoted Modi as telling BJP parliamentarians to bust the "myths" being spread about the bill. He said its passage in Parliament should not be the end of the matter and they should inform the masses about its details, it is learnt.

Opposition parties are speaking the language of Pakistan on the bill, the sources quoted Modi as saying. His remarks were in apparent reference to the claims of parties such as the Congress and the Trinamool Congress that the bill discriminated against Muslims and violated the Constitution.

It will be written in "golden letters", he asserted.

Joshi told reporters that the government is "100 per cent" sure of the draft law's passage in the Rajya Sabha.

Turning the focus to the upcoming budget, Modi told BJP MPs to gather feedback from all sections of society, including farmers, traders, the poor, businessmen and industrialists, and share the inputs with the finance minister.

He also asked MPs to give a standing ovation to the party's big win in the Karnataka bypolls, noting that it has bagged some seats it never won earlier.