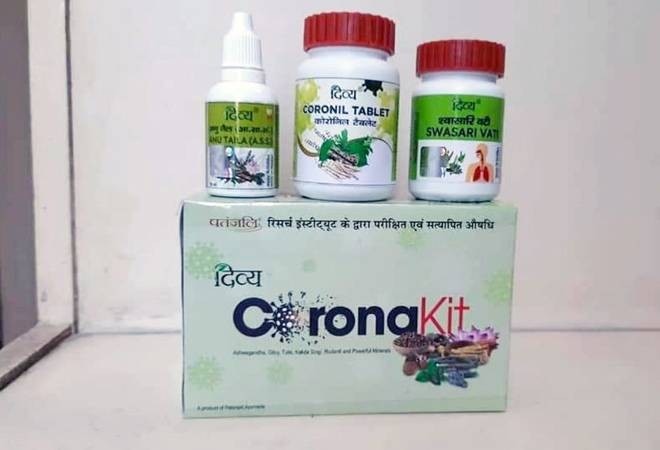 Madras High Court on Thursday injuncted Patanjali Ayurved from using trademark 'Coronil' in connection to the products produced by it as immunity boosters. In addition, the court has imposed a fine of Rs 10 lakh on the two defendants - Patanjali and the Divya Mandir Yog Trust. The interim injunction already granted on July 17 "has to be made absolute," Justice C V Karthikeyan said in the order.

The Madras High Court had earlier restrained Patanjali from using the Coronil trademark till July 30, over a petition filed by a Chennai-based company. Patanjali and the Divya Mandir Yog Trust, in July, had sought vacation of interim injunction order passed in favour of Chennai-based Arudra Engineering Private Limited. It was in June 1993 that Arudra Engineering had registered the trademark for CORONIL 92 as an acid inhibitor product for industrial cleaning and chemical preparations for industrial use.

"The defendants have invited this litigation on themselves. A simple check with the Trade Marks Registry would have revealed that 'Coronil' is a registered trademark. If they had, and had still, with audacity used the name 'Coronil', then they deserve no consideration at all. They cannot assume they can bulldoze their way and infringe a registered trademark. They must realise there is no equity in trade and commerce. If they had not done a check with the Registry, then they are at fault. They cannot plead ignorance and innocence and seek indulgence from this Court. Either way, indulgence is refused," the court order added.

Earlier in June, Patanjali founder Baba Ramdev had claimed that Coronil can cure COVID-19 patients. However, the AYUSH Ministry immediately put restrictions on Patanjali over selling it. Later, the Union ministry confirmed that Patanjali can sell the product only as an immunity booster but not as a cure for COVID-19.