While avoiding a direct reference to the constantly increasing fuel prices, PM Modi said that India imported more than 85 per cent of its oil requirements and 53 per cent of its gas needs in FY20 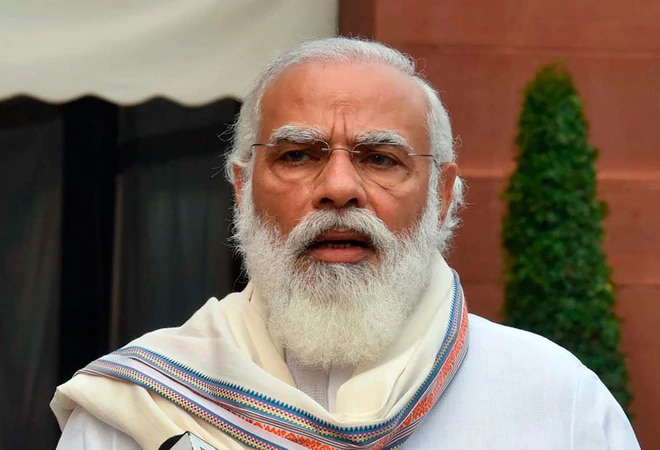 As petrol prices continue to add to the woes of the common man, Prime Minister Narendra Modi said the middle-class would not have been burdened had the previous governments focused on reducing India's import dependence in the energy sector.

While avoiding a direct reference to the constantly increasing fuel prices, PM Modi said that India imported more than 85 per cent of its oil requirements and 53 per cent of its gas needs in FY20.

"Can a diverse and talented nation like ours be so energy import-dependent?" the prime minister asked while addressing a virtual event to inaugurate various oil and gas projects in Tamil Nadu on Wednesday.

"I do not want to criticise anyone but I want to say (that) had we focused on this subject much earlier, our middle-class would not be burdened," PM Modi added.

He further stated that it was the collective duty to work at eco-friendly sources of energy and energy independence. He added that the present government understands the concerns of the middle class, which is "why India is now increasing the focus on ethanol to help farmers and consumers".

Ethanol, which is extracted from sugarcane, is being treated in petrol to reduce import dependence. 8.5 per cent of petrol is ethanol at present and the Centre aims to raise this proportion by 20 per cent by 2025. This will help in cutting imports and provide an alternate source of income to the farmers.

PM Modi further said that India is looking forward to cutting energy import dependence, using renewable energy and diversifying energy sources to reduce risks. "Today, India is increasing the share of energy from renewable sources. By 2030, 40 per cent of all energy will be generated from green energy sources," he added.

Listing measures like increasing share of solar power, vehicle scrappage policy, switching to LED bulbs, use of solar pumps in irrigation and focus on public transport, PM Modi said that the focus now is also towards using renewable sources of energy, which will form 40 per cent of energy generated in India by 2030.

The prime minister elaborated on cutting energy imports through increasing capacity and said, "In 2019-20, we were fourth in the world in oil refining capacity. About 65.2 million tonnes of petroleum products have been exported. This number is expected to rise even further." Indian oil and gas companies are currently present in 27 countries with an investment worth approximately Rs 2.70 lakh crore.

Petrol prices, which had crossed Rs 100 in Nagarabandh and Ganganagar on Wednesday, were hiked again for the tenth consecutive day on Thursday. Madhya Pradesh's Nagarabandh and Rajasthan's Ganganagar put yet another unwelcome milestone on India's fuel map. One needs to shell out Rs 100.76 for a litre of petrol in Nagarabandh whereas, in Ganganagar, it costs Rs 100.49 per litre, according to IOC data.

In India, retail fuel prices are determined on the basis of international oil prices and foreign exchange rates. Central and state taxes constitute 60 per cent of the retail petrol price and 54 per cent of diesel.