The conversation around the PLI scheme for air conditioners started in the month of May last year and a couple of weeks later, the government and industry came together to initially chart out a strategy to enable three important objectives in the air conditioner industry 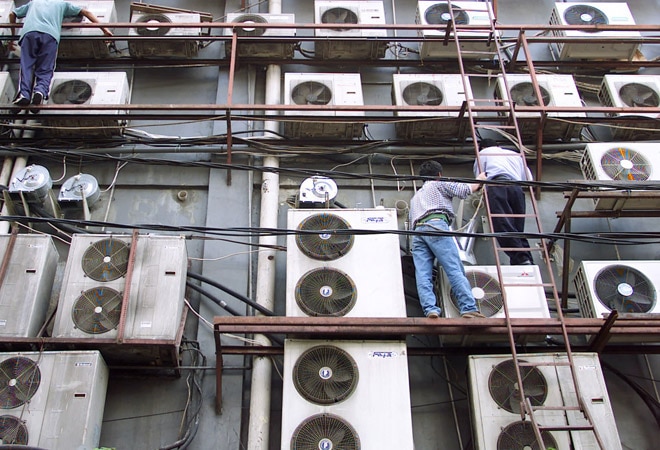 In the Production Linked Incentive scheme for white goods segment announced by the Cabinet with an approved financial outlay of Rs 6,238 crore over five years, the air conditioner industry has major potential. While the budgetary level allocations have been approved by the Cabinet, details on guidelines and scheme are still awaited and are expected to be announced in a month or two. "How do we take this industry from a current level of Rs 16,000 crore to Rs 1 lakh crore in next nine years? Out of this 35 per cent should be coming out of exports, and the remaining from domestic consumption," says Manish Sharma, President & CEO, Panasonic India, and Chairperson, FICCI Electronics & White Goods Manufacturing Committee.

The conversation around the PLI scheme for air conditioners started in the month of May last year and a couple of weeks later, the government and industry came together to initially chart out a strategy to enable three important objectives in the air conditioner industry.

"The first objective is to manufacture in India. And I say, not assemble, but manufacture. Currently, a lot of product components still come from elsewhere. The first idea is to go beyond assembling products. For example, before the ban on refrigerants fitted air conditioners was imposed, 1.5 million units of ACs were coming from elsewhere, which was almost 30 per cent of the total ACs sold in the country, whereas 70 per cent was getting produced in the country," says Sharma.

Further analysis revealed that value addition in air conditioners is very low, at just about 25 per cent. While many manufacturers draw copper wires and aluminum foils, manufacture heat exchangers, do sheet metals and molding in the factory and then produce air conditioners, the material components such as aluminum, copper, PCB, compressor, motors among other materials are sourced from elsewhere. "That is why the second objective is to take the current value addition of 25 per cent to 75 per cent in the next 5 years and backward integrate," adds Sharma.

The third and the most important objective is to make India competitive on the global scale in terms of cost, quality standards, and delivery benchmarks set by some of the competing nations.

"The issue today is that the market size in India for air conditioners is just about 7.5 million units. China is 120 million units, and out of this they export 50 million units. Even with a similar population (of course, the differential is the per capita income) we have to go a long way. I think it's the responsibility of multinational companies to ensure that they establish the global supply chain footprint in the country. And that is our objective too - to make India the export destination," says Sharma.

Panasonic India has been manufacturing air conditioners at its manufacturing plant in Jhajjar, Haryana. While the company has been exporting ACs from the facility, it intends to scale exports going forward.