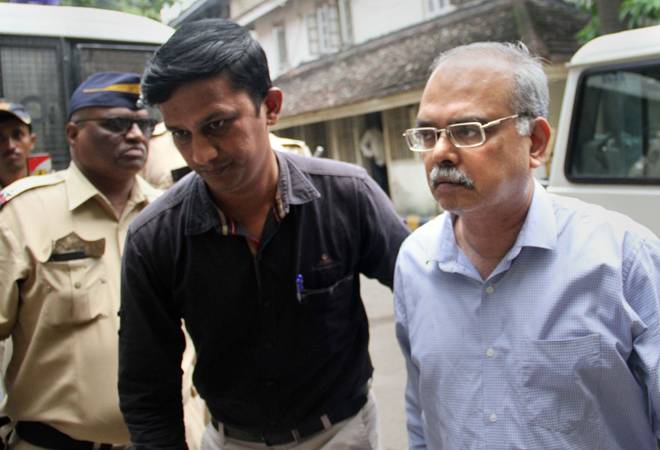 A Mumbai court has sent suspended managing director of Punjab and Maharashtra Co-operative Bank, Joy Thomas to police custody till October 17. Thomas, one of the accused named in the FIR in the Rs 4,355-crore PMC Bank scam, was arrested by the Mumbai Police on Friday.

The Economic Offences Wing (EOW) of Mumbai Police produced Thomas before the Additional Chief Metropolitan Magistrate SG Shaikh of Mumbai's Esplanade Court. The police demanded Thomas' custody to interrogate him about the irregularities at PMC Bank as he was part of the conspiracy.

The EOW had filed an FIR on Monday against senior PMC officials, including Thomas and chairman Waryam Singh, as well as bank management and promoters of realty firm Housing Development and Infrastructure Limited (HDIL). Rakesh Kumar Wadhawan, executive chairman of HDIL, and Sarang Wadhawan, managing director of the company, were arrested by the Mumbai Police on Thursday.

On Friday, the Enforcement Directorate (ED) had conducted raids on six locations associated with HDIL. The raids were carried out at the head office of HDIL in Bandra (East) and the Wadhawan House, the residence of the chairman, in Bandra (West). PMC Bank's former chairman Waryam Singh and now-suspended MD Joy Thomas' properties were also raided by the agency. During the raid, ED seized 12 high-end cars among other belongings of Rakesh and Sarang Wadhawan. These included two Rolls Royces, two Range Rovers and a Bentley.

PMC Bank has been alleged of providing loans to the embattled HDIL and its subsidiaries despite being aware of the dismal financials of the company. After the matter came to light last September, the Reserve Bank of India had imposed operational restrictions on the lender.