Denying allegations of money laundering, Wadhawans say they want to "work towards the resolution of the matter in the interest of depositors" 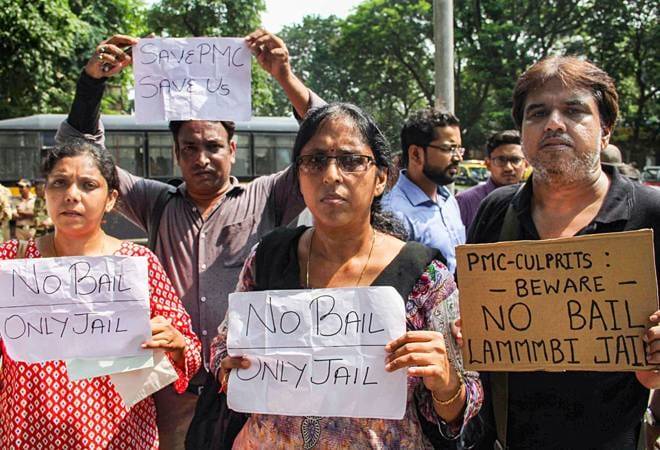 As per allegations, HDIL promoters Rakesh Wadhawan and Sarang Wadhawan in connivance with PMC Bank Officials defrauded PMC bank of over Rs 4,355 crore.

In the latest development in the Punjab and Maharashtra Co-operative Bank scam, HDIL promoters and prime accused Rakesh Wadhawan and Sarang Wadhawan, have requested investigating agencies to sell their attached assets at fair market value, monetise them and repay loans availed by HDIL from PMC Bank. They wrote the letter dated October 16 making request to the Ministry of Finance and Reserve Bank of India. Denying allegations of money laundering, Wadhawans said they wanted to "work towards the resolution of the matter in the interest of depositors". All these properties have been attached by Enforcement Directorate as part of its probe in the PMC Bank case.

Through the letter, Wadhawans have urged the authorities concerned to "immediately take steps to sell the assets mentioned below at the fair market value and adjust it towards the principal of the loans", which was taken by Housing Development and Infrastructure Limited and its group companies from PMC Bank. "Such action for monetisation of these depreciable assets is required to protect the value of the assets to fetch a fair market value for the assets and to make available immediate liquidity to start the process of repaying loans to PMC Bank," said the letter.

Giving full consent to sell the attached properties, Wadhawans said it was in the larger public interest that the assets are disposed of to fetch a fair market price to repay loans availed by HDIL group companies. "To implement the process of monetisation of assets, any approval, consent and necessary formalities required from us would be fulfilled by us and no hindrance would be created. We undertake and assure to extend full co-operation and assistance in the process," said the letter.

As per allegations, HDIL promoters Rakesh Wadhawan and Sarang Wadhawan in connivance with PMC Bank Officials, including MD Joy Thomas and former chairman Waryam Singh and others, fraudulently availed several loans and defrauded PMC bank of over Rs 4,355 crore. During its probe, ED found several instances of siphoning off funds.

The promoters have mentioned the following properties for monetisation: