The report also shows that despite the Supreme Court ruling to not make Aadhaar mandatory for availing services, many people find it de facto mandatory for bank accounts, SIM cards, and school enrolment 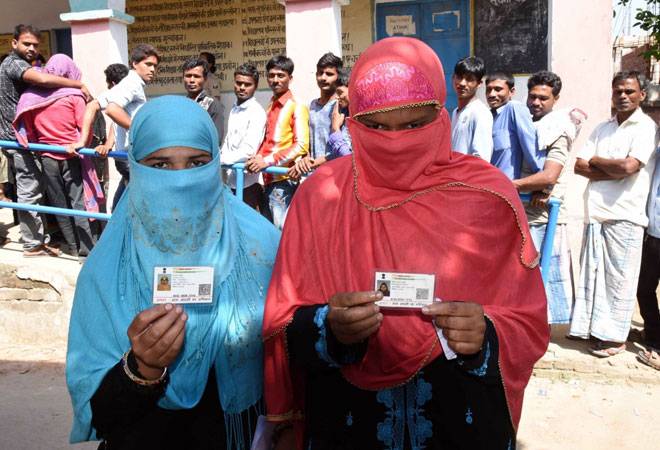 Privacy breach is not a key concern for majority of Aadhar card holders, suggests the results of one of the largest nationwide surveys on the impact of India's 12-digit unique digital identity. While 92 per cent of 167,000 respondents across 28 states and union territories expressed satisfaction with Aadhaar, 8 per cent expressed concerns over its potential misuse. The State of Aadhaar 2019 report, prepared by Dalberg, a social impact advisory group, says the toughest part of Aadhaar process is its updation as one in five respondents who tried to update their Aadhaar did not succeed.

"The research is not an attempt to adjudicate the ultimate merits of Aadhaar. It is about taking residents' perspectives into account to help better design and implement Aadhaar. We believe Aadhaar's success will ultimately depend on how well the program can learn from the experiences and concerns of those who use or are not yet able to use Aadhaar in their daily lives," said Gaurav Gupta, Dalberg's Partner and Asia Regional Director in a statement.

The report also shows that despite the Supreme Court ruling to not make Aadhaar mandatory for availing services, many people find it de facto mandatory for bank accounts, SIM cards, and school enrolment. "More than half of those who used Aadhaar to get a SIM card or bank account said that the service provider accepted only Aadhaar for identification purposes," it said.

Instances of problems with Aadhaar leading to a denial of welfare services were also pointed out, as 0.8 per cent of people experienced exclusion due to Aadhaar-related reasons from a key welfare service (PDS rations, MGNREGS, social pensions) that they had earlier received. Aadhaar could have also led to better inclusion of services as 49 per cent respondents said they used Aadhaar to access one or more services such as food rations, bank accounts, and social pensions for the first time. For 8 per cent of people, Aadhaar was their first ever ID. While 72 per cent appreciated that the Aadhaar is a convenient universal ID, nearly half of those expressed concerns over linking it with too many services.

With 95 per cent adults and 75 per cent children having Aadhaar, its near universal presence is confirmed, although there is a notable minority that still does not have Aadhaar. "An estimated 28 million adults do not have Aadhaar, mostly in Assam and Meghalaya where enrolment has been slow due to questions about legal residency, among others. Among vulnerable groups, a higher share of third-gender residents (30 per cent) and homeless people (27 per cent) do not have the ID," the report said.

While the use of Aadhaar to facilitate social security services is common, its newer digital features are yet to be utilised in the same manner. The survey suggests that 77 per cent respondents have never used features such as mAadhaar, QR code, virtual Aadhaar or masked Aadhaar. "Only 39 per cent residents have the correct mobile phone number linked to their Aadhaar," it says.

"We believe that technology, used responsibly, is a powerful force for inclusion. We actively support high quality research as a vital component of system level impact - to help creation and continuous improvement of technology solutions for inclusion. As the report shows, Aadhaar has been a game-changer, touching nearly 1.2 billion people and is a significant feature in their lives. It has enabled inclusion for India's most vulnerable; at the same time the main unfinished agenda lies with this very segment. The rich dataset underlying this large survey is being made public, for the benefit of all stakeholders," said Roopa Kudva, Managing Director of Omidyar Network India, which funded the research and the report.

The report is based on two surveys - a pulse survey of 147,868 households across 28 states and union territories, and in-depth interviews with 19,209 households in 16 states and one union territory. It is also informed by insights gathered from over 100 ethnographic interviews using human-centred design research conducted in four states spanning Maharashtra, Bihar, Karnataka and Assam.