Assam State Zoo clarified no law was broken in transfer of black panthers to Reliance's park; it was part of an exchange under which Assam zoo will get zebras from Israel 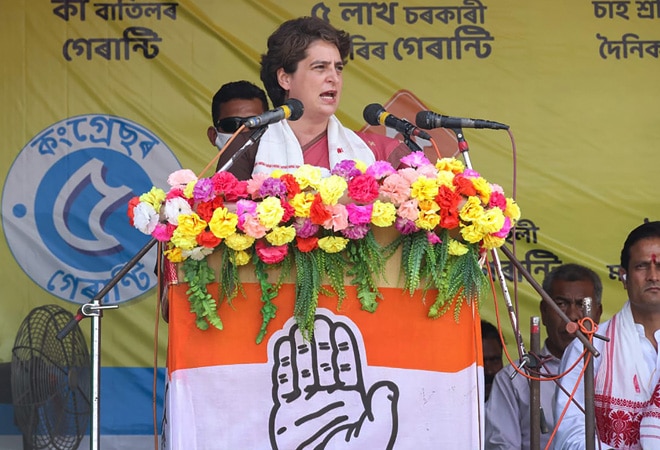 As investigation progresses in the bomb scare case in Mumbai, billionaire Mukesh Ambani's family has been dragged into another controversy in Assam as they acquired two rare black panthers from the state zoo in Guwahati in February, in exchange for four zebras from Israel. Ambanis are setting up one of the world's largest zoos at Jamnagar, the location of Reliance's refinery.

Congress General Secretary Priyanka Gandhi Vadra in her election rallies in Assam has repeatedly alleged that the BJP governments in Assam and at the Centre have been transferring assets of Assam to their close friends. "They have not even left the animals in your zoo which they gave to the sons of their billionaire friends for keeping them in their personal zoos. They have sent two black panthers... Why? Who owned it?" she said in her speech in Hindi at a public rally in Nagaon on Monday. Reliance did not respond to Gandhi's allegation in a Business Today questionnaire on the issue.

The Assam State Zoo clarified that no law was broken in the transfer of black panthers to Reliance's park that Ambanis are building in Jamnagar, where Reliance's refineries and petrochemical complexes are located. Zoo authorities added that it was part of an exchange programme under which the Assam zoo will get zebras from Israel with the help of Reliance. Guwahati zoo officials also said the Reliance park as well as the transfer of panthers were approved by the Central Zoo Authority (CZA).

According to a retired senior official, the exchange of animals is permitted between CZA recognised zoos. "Reliance's zoo has also been approved by the CZA. Besides, they would have got the permission for exchanging the animals. Only sale of animals is not permitted," he added.

In her three recent election rallies in central Assam, Priyanka alleged that the Assam state and central governments are looking to sell ONGC, airports and other public assets to their friends in business. In January, Adani Enterprises signed a concession agreement with Airports Authority of India (AAI) for operating and maintaining Guwahati airport.

In February, the opposition Congress in Assam had condemned the transfer of black panthers from the state zoo to Reliance's zoo. Activists of Chiriakhana Suraksha Mancha in Guwahati had also protested in front of the zoo.

It is not for the first time that the Gandhis are indirectly attacking the Ambanis and Adanis. Earlier, Rahul Gandhi campaigned against roping in Anil Ambani group in the Rafale jets acquisition from France. Gandhi in February took a dig at Prime Minister Narendra Modi for renaming of the Sardar Patel Stadium in Ahmedabad as Narendra Modi Stadium and the bowling ends as "Reliance" and "Adani".

Reliance's zoo, a pet project of Anant Ambani, the youngest son of Mukesh Ambani, will house different species of animals, birds, and reptiles from across the world. It is planned to be set up on a 280 acre land at Moti Khavdi near Jamnagar. Sources say that the zoo will also include a captive rehabilitation center for elephants.

Separately, in the bomb scare incident, an explosion ingredient gelatin-laden Scorpio was found 500 metres away from Antilia, the residence of Ambanis, on February 25. National Investigation Agency is now investigating the case, in which they suspect extortion. The incident has already shaken the coalition government led by Uddhav Thackeray in Maharashtra.