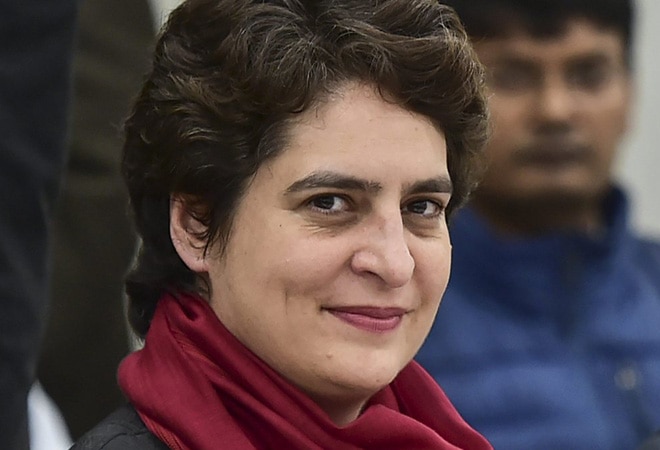 Gandhi on Twitter posted photos of Union Transport Minister Nitin Gadkari, Prime Minister Narendra Modi, and Rashtriya Swayamsevak Sangh (RSS) chief Mohan Bhagwat in which they were seen wearing a white shirt and khaki shorts -- the old uniform of RSS. Gandhi captioned the picture as "Oh my God!!! Their knees are showing".

Oh my God!!! Their knees are showing 😱😱😱 #RippedJeansTwitterpic.twitter.com/wWqDuccZkq

The newly appointed Uttarakhand CM Tirath Singh Rawat recently criticised women for wearing ripped jeans and wondered what values they will impart to their children, triggering an outcry from netizens as well as opposition parties.

Speaking at an event, Rawat had said that due to a lack of values, youngsters today are following strange fashion trends and consider themselves to be big shots after wearing jeans ripped at the knees. Women also follow such trends.

Rawat went on to describe the attire of a woman who sat next to him on a flight.

However, after the uproar over Rawat's remark, his wife Rashmi Tyagi has defended his statement, saying his words were not being presented in full context.

"He (Tirath Singh Rawat) said that women's participation is unprecedented in building the society and the country. It is the responsibility of the women of our country to save our cultural heritage, save our identity, save our costumes," Rashmi, who has been Miss Meerut, clarified.