Speaking at a rally in Gandhinagar, Priyanka questioned Modi sarkaar on the issue of jobs, women safety, and agrarian crisis blaming the government for spreading hatred in the country. 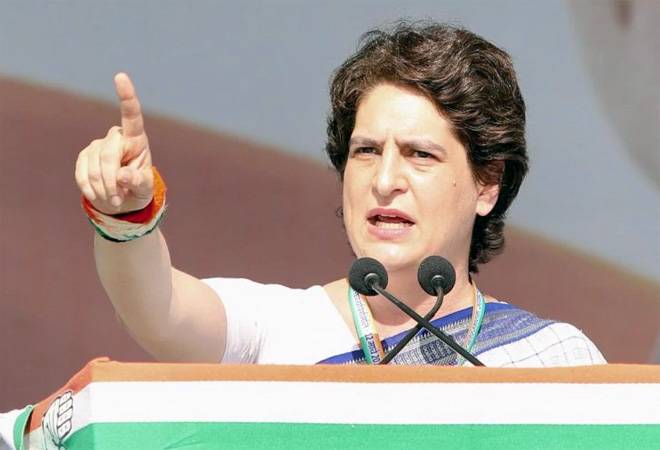 Speaking at a rally in Gandhinagar, Priyanka questioned Modi sarkaar on the issue of jobs, women safety, and agrarian crisis blaming the government for spreading hatred in the country.

"Issues which should be raised must comprise as to what is most important for you and how can you move forward. How will youth get jobs, how will women feel safe, what will be done for farmers. These are the issues for elections," she said.

Priyanka also lashed out at the BJP government of big talks and no action on ground. "Today what is happening to the country is painful. Your vote is a weapon. Congress knows only relevant issues should be raised and not 'fazul ke mudde'. Those who do badi badi baatein; ask them where is Rs 15 lakh? Where is 2 crore jobs?" she said.

Blaming the NDA government for spreading hatred and divisive politics in the country, Priyanka asserted, "This country is made on the foundations of love, harmony and brotherhood. Today, whatever is happening in the country is very sad. Hatred is being spread across the nation. Our institutions are being trampled."

The top leadership of Congress party kickstarted its campaign for the elections starting next month at its Working Committee meeting in Ahmedabad Tuesday. Congress Working Committee (CWC), the highest decision making body of the party brainstormed on the upcoming election strategy at the meet.

The party has maintained that the narrative for the general elections needs to be directed towards the real issues and problems of common people rather than the "propaganda" plank of the NDA government, particularly after the Pulwama attack followed by the IAF air strike on terror dens in Pakistan.

'If one wants tonic of motivation, he or she should meet Abhinandan', says defence minister Nirmala Sitharaman