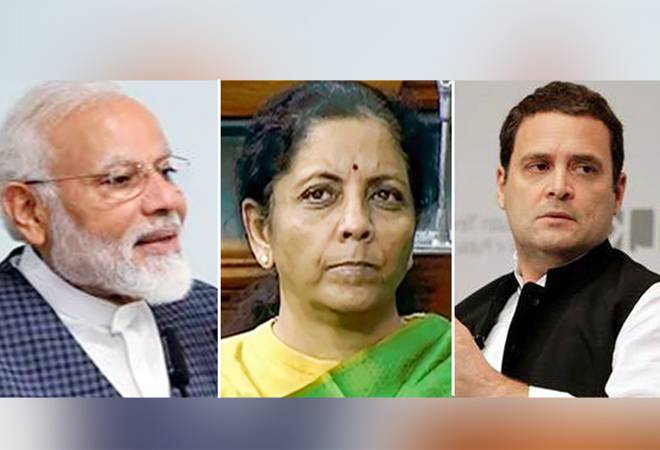 Rahul Gandhi, on Wednesday, took a dig at PM Modi over economic slowdown saying he should sack Finance Minister Nirmala Sitharaman and put the blame on her for the slowdown.

Gandhi advised the PM to use the "useless budget" presented by Sitharaman and "Sack her and dump the entire blame on her".

The economy has imploded & you must be racking your brains on how to avoid the blame.

Use the useless budget presented by clueless Nirmala Ji. Sack her & dump the entire blame on her.

"Dear PM, The economy has imploded and you must be racking your brains on how to avoid the blame...Problem solved," he said on Twitter.

Recently, Gandhi shared a video of the Prime Minister doing yoga and wrote: "Please try your magical exercise routine a few more times. You never know, it might just start the economy".

Gandhi has blamed the PM for triggering economic slowdown through his policies. He has also aggressively criticised Budget 2020 presented by Finance Minister Sitharaman last week.