Coming to the defence of Raghuram Rajan, his Chicago University colleague and co-author Luigi Zingales has said the RBI Governor is being attacked for "fighting the inefficiency of the banking system." 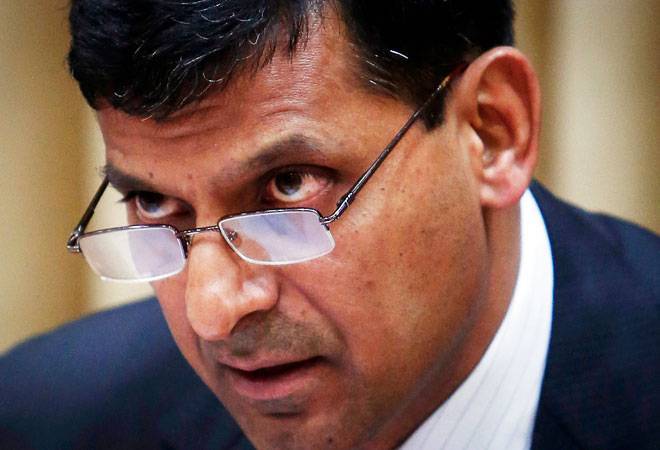 Coming to the defence of Raghuram Rajan, his Chicago University colleague and co-author Luigi Zingales has said the RBI Governor is being attacked for "fighting the inefficiency of the banking system" and for taking on the crony capitalists in the country.

Amid a high-decibel debate in India on whether Rajan will get an extension or not beyond his current term ending this September, Zingales said governorship earlier used to be "entrusted to grey bureaucrats that left no impact".

"Rajan, however, is the dream of the new India: young, competent, and reached the top of the Indian central bank because of his skill, not because of his political alignment," he wrote in an article.

Rajan, a former Chief Economist of the IMF and an on-leave Professor of Finance at University of Chicago Booth School of Business, has been under attack from the ruling party BJP's Rajya Sabha MP Subramanian Swamy, among others, for what they term as the RBI Governor's failure to effect necessary interest rate cuts to boost the economy.

Zingales, who is Professor of Finance at the same school and has been Rajan's co-author as well, said a central banker would have a "guaranteed re-confirmation" in any country in the world after managing to reduce "inflation from 11 per cent to 5 per cent while simultaneously enabling an increase in growth from 5 per cent to 8 per cent in just three years".

While admitting that he may be "positively biased" as Rajan has long been his colleague and co-author, Zingales, termed the charges as absurd, including regarding his nationality, as he eulogised the RBI Governor on all fronts.

"Rajan is also accused, due to belonging to the Group of 30, of being part of a 'group set up to defend the US' dominant position in the global economy' and to serve the interests of international finance," Zingales said, while adding that it was Rajan, who in 2005, in front of an enraged Alan Greenspan (then outgoing Chairman of Federal Reserve), denounced the potentially destabilizing effects of financial derivatives.

Pondering over the reasons behind "such anger" targetted at Rajan, he said the RBI Governor "is fighting not only inflation, but also the inefficiency of the banking system, burdened by bad loans".

"The Indian banking system is mainly in public hands and was used to finance crony capitalism, which has held the country back for too many years. So far, Indian banks have lived in the illusion that all debtors would pay sooner or later, even when borrowers often borrowed from one bank to pay another.

"As Governor, Rajan has rightly decided to force the banks to cut down exposure to their most dubious borrowers, even at the cost of bringing out non-performing loans. From an economic point of view this is the best time. With the country growing at 8 per cent, these losses can be easily absorbed by the banking system."

"If Rajan had done as most central bankers and closed his eyes to it, the problem would only have emerged at a time of economic crisis, when the 'extend and pretend' mechanism (allowing an extension of credit and pretending that the debtor is solvent) becomes impossible," Zingales said.

"But in times of crisis, these losses are likely to bring down the banking system (see the Italian case) and then the whole economy is paralyzed.

"We have seen Japan, after the bubble of the late 80s, take nearly two decades to get rid of bad loans, and it's still suffering the economic consequences of that crisis," he wrote in his article, which was first published in Italian national business daily Il Sole 24 Ore and has been republished on several other platforms.

He admitted Rajan's policy has had a collateral damage, as "banks' share prices were affected, and even more affected were those Indian oligarchs who had enjoyed easy credit."

"They are the ones fueling dissent, because Rajan has dared to publicly criticize the behavior of some of them," he said, while referring to Rajan's comments about Vijay Mallya's birthday bash despite a huge loan burden.

The Chicago University Professor further said the eventual decision of Prime Minister Narendra Modi on whether to reconfirm Rajan would be "the litmus test for change in India".

"On one hand is the young India, competent and meritocratic, that is conquering the world with its software and products, on the other hand is the India of the great political and economic dynasties, who established their power on political connections, if not directly on corruption, and that use a false sense of national identity to protect their declining power. It's up to Modi to choose," he wrote.