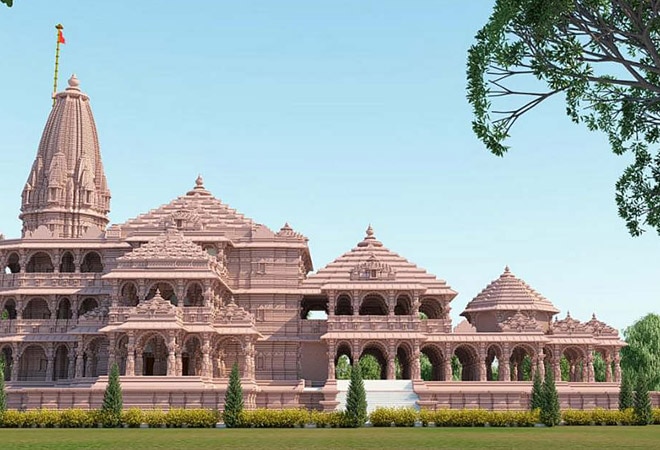 The Shri Ram Janmabhoomi Teerth Kshetra trust-which is overseeing the construction of the Ram Temple has managed to raise more than Rs 1,000 crore for constructing the shrine in Uttar Pradesh's Ayodhya.

Champat Rai, Secretary of the Shri Ram Janmabhoomi Teerth Kshetra trust added the accounts of the trust in three public sector banks have received more than Rs 1,000 crore. The trust has accounts in Punjab National Bank, State Bank of India and Bank of Baroda. The trust has also shared details of how all Rambhakts or devotees of Lord Rama can donate online.

Even a small contribution with pure heart for our Prabhu is valuable.

We urge all Rambhakts to come forward & contribute for the construction of a Bhavya & Divya Shri Ram Janmbhoomi Mandir in Ayodhya.

He also said that people across communities have donated generously towards the cause. He said the fundraising campaign for the much-awaited shrine also known as the Nidhi Samarpan Abhiyan, which began on January 15, has received support from all communities.

Members of the Muslim community in Faizabad have also donated funds for the Ram Mandir construction in Ayodhya at Ram Bhawan in Uttar Pradesh's Faizabad district. Haji Saeed Ahmed, a member of Ayodhya's Muslim Rashtriya Manch said, "Lord Rama is everybody's and Ram Temple belongs to everyone. We all Muslims in large numbers will assist in the construction of the temple."

President of Ram Bhawan Shakti Singh told news agency ANI that through the 'Nidhi Samarpana Abhiyan', Muslim brothers of Faizabad have donated Rs 5,100 towards the cause. Singh added the Muslim community has assured of participation in the temple's construction.