The first tranche of Sovereign Gold Bond, which opened for subscription from November 5 to November 20, 2015, were to be issued on November 26. 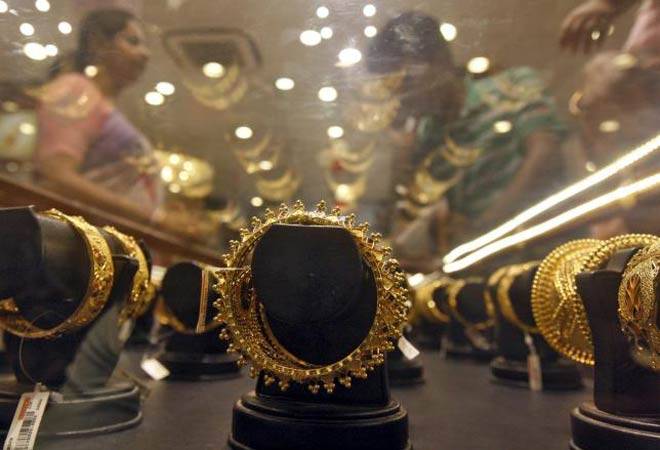 The bankers have pegged the overall collections from the scheme at Rs 150 crore. (Photo: Reuters)

The Reserve Bank of India (RBI ) on Wednesday extended the issue date of the Sovereign Gold Bond scheme by four days to November 30 to enable their proper processing.

"Large number of applications has been received by banks and post offices. To enable smooth uploading of applications into RBI's E-kuber system, particularly by the post offices, it has since been decided to shift the issue date of the Sovereign Gold Bond from November 26, 2015 to November 30, 2015," the RBI notified on its website.

The first tranche of Sovereign Gold Bonds, which opened for subscription from November 5 to November 20, 2015, were to be issued on November 26.

The finance ministry announced last month that the bonds would be sold through banks and notified post offices. These bonds would be issued by the Reserve Bank of India on behalf of the central government.

MUST READ: All you want to know about the Sovereign Gold Bond Scheme


Finance Minister Arun Jaitley , in the 2015-16 budget, had announced the development of a financial asset - sovereign gold bond - as an alternative to the precious metal, and the borrowing through issuance of the bond will form part of market borrowing programme of the government.

The gold bonds are denominated in multiples of gram(s) of gold with a basic unit of one gram while the minimum investment limit is two grams.

The maximum subscription is 500 grams per person per fiscal (April-March) and for joint holders, the limit will be applied on the first holder.

As per the scheme, the gold bonds will be sold only to resident Indian entities including individuals, Hindu undivided families, trusts, universities, and charitable institutions.

The issue and redemption price are in Indian rupees fixed on the basis of the previous week's (Monday-Friday) simple average of closing price of gold of 999 purity published by the India Bullion and Jewellers Association Ltd.

As per the scheme, the bond tenure will be eight years with exit option beginning the fifth year onwards. The bonds will also be tradable in the bourses.

The rate of interest will be 2.75 percent per annum payable semi-annually on the initial value of investment.

Bonds can be used as collateral for loans. The loan-to-value (LTV) ratio is to be set equal to ordinary gold loan mandated by the Reserve Bank from time to time.

As to the tax treatment, interest on gold bonds will be taxable as per the provision of Income Tax Act, 1961 and the capital gains tax shall also remain same as in the case of physical gold.

Commission for distribution shall be paid at the rate of one percent of the subscription amount.