Retail inflation falls to 6.58% in February as food prices cool down

Despite the downturn, this is the third month that consumer price inflation remained above the upper limit of 6 per cent set by Reserve Bank of India 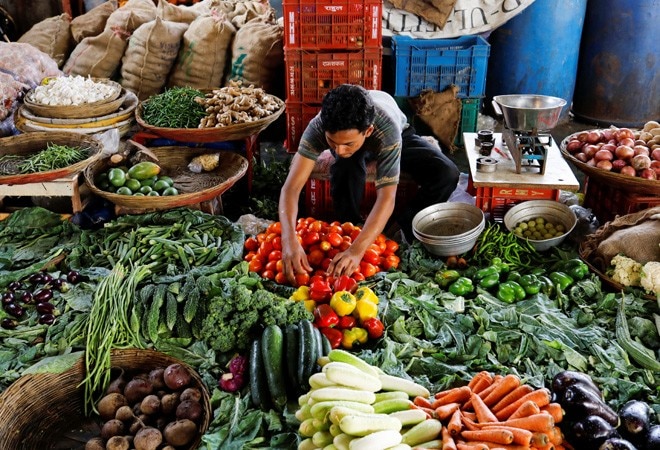 Retail inflation, calculated on the basis on Consumer Price Index, slipped down to 6.58 per cent in February as prices of food prices came down sharply, showed data released by National Statistics Office (NSO) on Wednesday. This comes as a relief to the Indian economy, which registered 7.59 per cent retail inflation in January. It is still way above 2.57 per cent recorded in February 2019.

However, the inflation in the 'fuel and light' segment almost doubled to 6.36 per cent in February over the preceding month.

Despite the downturn, this is the third month that consumer price inflation remained above the upper limit of 6 per cent set by Reserve Bank of India (RBI). It has maintained an upward trend since August 2019, when it was recorded at 3.21 per cent, cooling down only in February.

The RBI closely follows retail inflation while deciding on its monetary policy. On the back of rising inflation and persistent economic slowdown, RBI's Monetary Policy Committee (MPC) kept its repo rate unchanged at 5.15 per cent during the last meeting. The panel is scheduled to meet next on April 3, 2020.

"CPI inflation came in weaker than expected, largely given lower food prices. CPI inflation is set to re-enter RBI's target band in March, as lower energy prices, pull back in demand and global headwinds are mounting. RBI is likely to throw caution in the wind and could even move inter-meeting as uncertainty is rising," said Rahul Bajoria, Chief India Economist, Barclays.

"India's retail inflation for February has cooled off to 6.58 per cent compared to 7.59 per cent in January due to moderation in food prices. However, the CPI figure remained elevated above the MPC's target range... Due to the coronavirus uncertainty, we expect RBI to take pre-emptive measure anytime soon or at April's MPC policy and cut repo rate. If the virus spreads further very rapidly then we can expect a deeper cut of 50 bps by RBI," said Rahul Gupta, Head of Research- Currency, Emkay Global Financial Services.