The ED has told the court that properties worth more than 12 million pounds (over Rs 112 crore) have been discovered in London, which the agency believes belongs to Vadra. 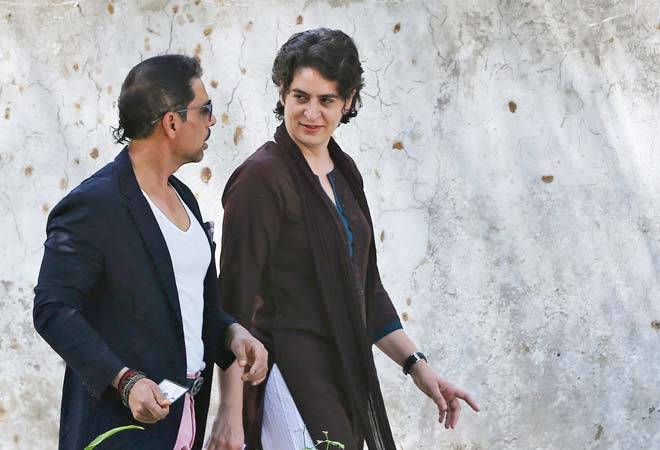 Delhi's Patiala House Court has granted anticipatory bail to Robert Vadra till February 16 in a money laundering case filed by the Enforcement Directorate. After hearing the bail plea by Vadra on Saturday, Special Judge Arvind Kumar has directed him to submit a surety of Rs 1 lakh for the interim protection from arrest.

Vadra has also been ordered by the court to appear before the probe agency on February 6 and cooperate in the investigation. The ED, during the interim bail hearing, told the court that properties worth more than 12 million pounds (over Rs 112 crore) have been discovered in London, which the agency believes belongs to Vadra.

The ED had filed a case of money laundering in the purchase of a property worth 1.9 million pounds (over Rs 17.77 crore) located at 12, Bryanston Square, Lodnon, which allegedly belongs to Vadra, brother-in-law of Congress president Rahul Gandhi and husband of recently-appointed Congress General Secretary Priyanka Gandhi.

Sources from ED claim that these London-based assets are part of kickbacks Vadra received in a petroleum deal, as per a report by India Today. The money was allegedly transferred to Santech International, FZC, a company bases in UAE and controlled by Sanjay Bhandari. Santech then purchased the 12 Bryanstone Square mansion from Vortex, a private holding, and later Vortex shares were transferred to Skylight Investment, FZE, which is led by NRI businessman C Thampi.

Vadra's advocate KTS Tulsi has denied all the allegations. "There is no property of Robert Vadra in London. Before the election, it's a political vendetta. As soon as Vadra is granted relief in any case, the investigative agencies come out with other case," Tulsi was quoted as saying in the India Today report.