Sony India said that the company ran out of the 55-inch TV stock even before Dhanteras. 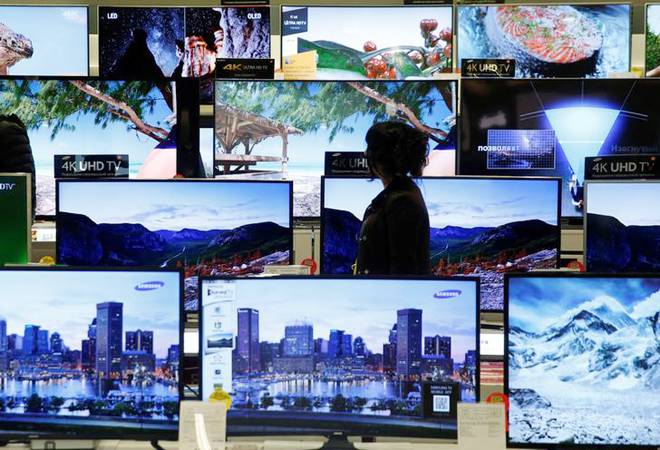 Discretionary spending on electronics, which had dropped post demonetisation in November 2016, seems to have rebounded, courtesy factors like ecommerce festive discounting, GST rate cut on more than 50 goods in July, and deeper penetration of consumer finance.

Sales of consumer electronics and white goods have grown 12-15% over last year, The Economic Times reported. Last Diwali had seen flat sales due to prices going up after GST implementation but things are markedly different this time round. Overall television sales went up by 12-15% this Diwali with online-focused players such as Xiaomi, TCL, Vu, Thomson, BPL and Sanyo driving sales in 32-43 inch TV models, and Samsung, Sony and LG driving demand for larger-screen TVs.

Significantly, Indians are not only buying white goods again, but are also spending more on them. At Tata-owned retail chain Croma, average ticket size was reportedly up by 29% with overall festive sales jumping 61%. Citing marketers the daily added that the return of consumer discretionary spending was aided by easy availability of no-cost EMI, which allowed consumers to upgrade their purchase.

Nilesh Gupta, director at Vijay Sales, told the daily that consumers purchased more by value this year with average billing value up by Rs 2,000 despite price drops. "Same-store sales are up by 5% in spite of the impact of online discounting eating away sales in entry-level TV and smartphones," he added.

According to Sony India MD Sunil Nayyar, the company had run out of the 55-inch TV stock even before Dhanteras. He said sales of large-screen models, priced in lakhs, grew between three to 20 times as compared to last Diwali with Sony meeting its festive sales target of 20% growth in revenue.

LG India meanwhile reported that it completely sold out side-by-side refrigerators priced between Rs 80,000 to Rs 5 lakh with sales doubling, while there was 50% growth in 300-litres plus refrigerators. LG's sales of 4K and OLED TV - selling from Rs 58,990 to Rs 30 lakh - were up by three times.

Godrej Appliances business head Kamal Nandi told the daily that the overall festive period - covering Onam, Durga Puja, Dussehra and Diwali - saw a 7% jump in appliance sales despite the Kerala floods, increased fuel prices and negative sentiments around rupee-dollar rates. "Premiumisation drove sales, even for entry-level products and up-country markets, with prices lower by 4% as compared to summer," he added.

Interestingly, financing contributed over 80% of purchases this festive season versus 60% last year. Despite smaller non-banking finance companies shying away from lending due to the ongoing liquidity crunch, consumer durable loans were easy to come by since the larger lenders like ICICI Bank, HDFC Bank and Kotak Mahindra Bank had pushed them, thereby filling the gap. In fact, Kotak Mahindra Bank reportedly saw card transactions spiking 30% year-on-year - with tier 2 and 3 towns showing higher growth - and UPI transactions mushrooming 300%.

The same trend played out in the ecommerce space. An Amazon India spokesperson told the daily that customers purchased more premium products this year and EMI transactions grew two times over last year. Moreover, 70% of the customers who used the option hailed from tier 2 cities and beyond, and credit customer adoption grew 19 times.