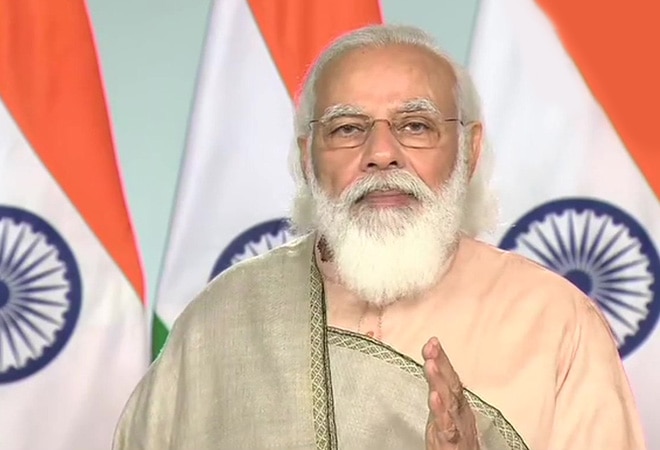 Prime Minister Narendra Modi on Friday addressed the farmers in Madhya Pradesh in an attempt to allay their fears over the newly introduced farm laws. He lashed out at the Opposition parties and accused them of misleading the farmers. He said that the parties do not have any issue with the farm laws but with the fact that they promised them but could not implement. PM Modi said that the previous governments could take the credit for the farm laws but should stop misleading the farmers. "If they want to take credit for these farm laws, they should do so, but they should stop misleading farmers on the issue by spreading lies," he said.

He also highlighted that the new laws did not come overnight. They were discussed extensively for 20-30 years. "Farm laws have not been introduced overnight. Over the last 20-30 years, central government and state governments had detailed discussions on these reforms. Agriculture experts, economists and progressive farmers have been demanding reforms," he said.