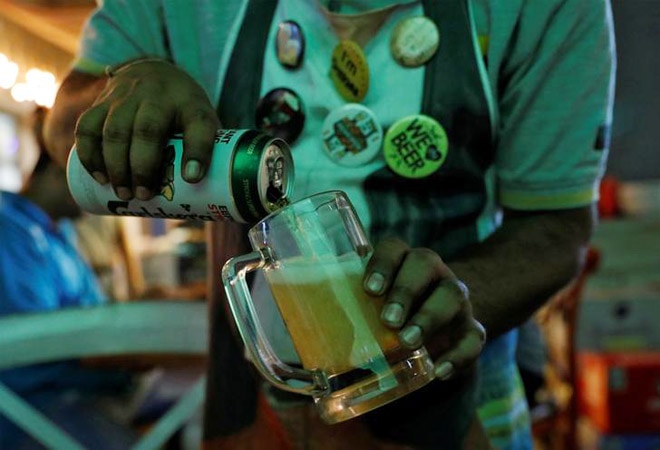 Taxes on liquor are the low hanging fruits for states battling with revenue constraints on the back of a nationwide lockdown due to coronavirus.

Others might follow suit given the state governments face tremendous scarcity of resources owing to outbreak of coronavirus and the resultant lockdown. Since taxes on liquor are outside GST, the states have the authority to change the rates without seeking permission from a central authority like GST Council.

The 70% corona fee will be big boost for Delhi government tax collection. It is still not known if the special Corona fee is just a short-term levy or it will be extended for the whole year.

In case of Andhra Pradesh, the state raised around Rs 8,300 crore in the previous financial year through taxes on liquor sale.

Rajat Bose, Partner, Shardul Amarchand Mangaldas and Co, says "Tax on liquor is a low hanging fruit at the moment for state governments to garner revenue, which has otherwise dried up in light of the economic lockdown. Given the massive queues in front of liquor shops since yesterday, the state government can hope for a robust collection of taxes in the immediate future which can be channelised for funding the growing demand for testing and health care services during these times."

Tax on liquor, which is also called state excise, helped states mop up close to Rs 1.7 lakh crore in the previous financial year. This year, total collection through state excise could cross Rs 2 lakh crore. Alcohol is not part of the Goods and Services Tax (GST), and hence states have authority to decide the rate of tax to be levied on alcohol.

Any rate changes under GST have to be approved by the governing body -- the GST Council -- and the rates under GST are uniform across states.