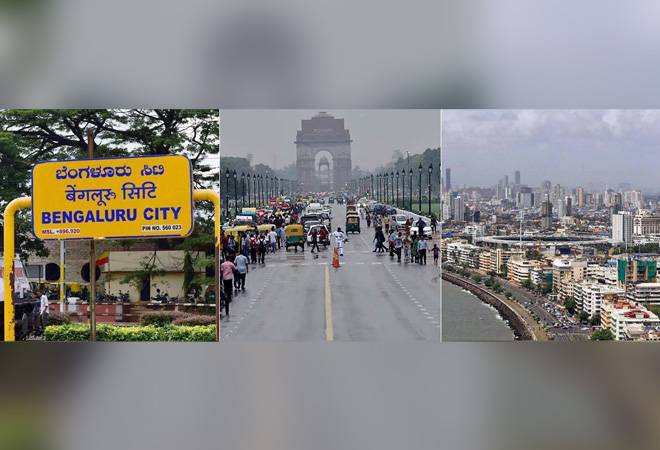 Out of 133 cities across the globe, three Indian cities-Bengaluru, Delhi and Mumbai have been named in the list that ranked cities in terms of inclusive prosperity, which reports not only the quantity of the economic growth but also its distribution across their population.

In the list that ranked 133 cities in terms of inclusive prosperity, three cities ranked in the lower half of the index where Bengaluru ranked at 83rd position while Delhi and Mumbai stood at 101st and 107th positions respectively.

Vienna and Copenhagen stood at second and third place while Zurich topped the PISCA (The Prosperity & Inclusion City Seal and Awards) index, which is commissioned by Basque institutions and compiled by D&L Partners.

The report suggests that many world's wealthiest cities  are failing to create inclusive economies for their citizens. The world's top 10 richest cities have also not scored well for inclusive prosperity.

London is the highest, at 33rd place, while New York City comes in at 38th, it noted.

Mumbai also features in the list of top 10 richest cities in the World 2019, according to Forbes.

The report further noted that "a large number of cities in Africa, Asia and South America are ranked towards the bottom of the index, underscoring the huge poverty and inequality challenges they face".

"As the first ever non-commercial ranking index, PICSA provides a new measure of economic productivity that goes beyond GDP to provide a holistic account of how well people are doing in the economy and which have the populations that are most empowered to contribute to its economy and share in its benefits," said Asier Alea Castanos, Director of Strategic Programmes, Regional Council of Biscay.

"Inclusive prosperity should be the backbone of cities' strategies for a sustainable future. Without equity and inclusion, economic growth is not sustainable. Without growth, equity is about redistributing poverty," said Bruno Lanvin, Founder and CEO at D&L Partners.

DHFL crisis: Why depositors may still get part of their money back