Train 18: Vande Bharat Express was pelted with stones for the third time on Wednesday, following the attacks on December 20 last year and February 2 this year. 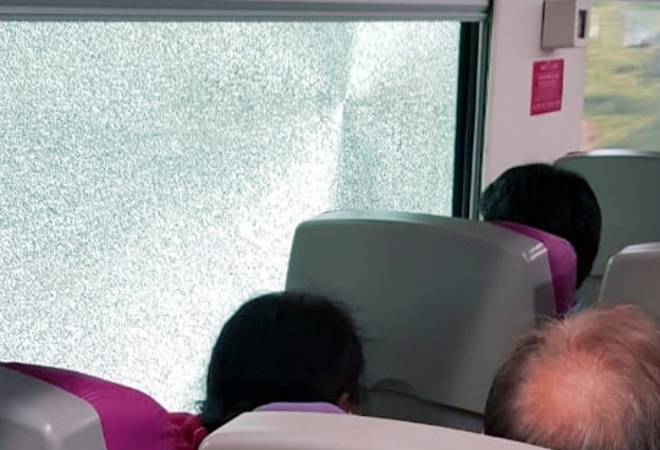 Vande Bharat Express or the former Train 18, was pelted with stones on Wednesday near Tundla in Uttar Pradesh as it was making its way to Kanpur from New Delhi. A glass window was damaged during this incident. This is not the first time something like this has taken place. In fact, stones were pelted on India's fastest train twice before this.

A day after its inauguration, Vande Bharat Express broke down 200 km outside Delhi. The Railways Ministry issued a clarification, "During the transportation back from Varanasi it was stopped at Chamraula station of National Capital Region, about 18 kms after crossing the Tundla station. There was an issue of communication between the last basic unit of 4 coaches and the rest of the train probably due to some external hit. Thereafter, safety features in the train applied brakes. The train was checked for faults and moved to Delhi."

After the technical snag, Congress President Rahul Gandhi took to Twitter to criticise the newly-launched premium train. "Modi ji, I think Make in India needs a serious rethink. Most people feel it has failed. I assure you we in the Congress are thinking very deeply about how it will be done," Gandhi said.

As members of the BJP lashed out at Gandhi for his criticism, PM Modi on Tuesday lashed out at the Opposition for criticising Vande Bharat Express and the Make in India initiative. "Some persons targeting and mocking at semi-high speed train. This is unfortunate. This is an insult to engineers and technicians involved in the project. People should remain alert against such persons who are insulting engineers and technicians and mocking the country," the PM said while addressing a public gathering.