Farmer's organisations say while govt claimed 14.5 crore farmers will benefit from PM-KISAN when scheme was announced, only 3 crore farmers got agricultural loans and that is not as part of any special drive carried out under lockdown circumstances 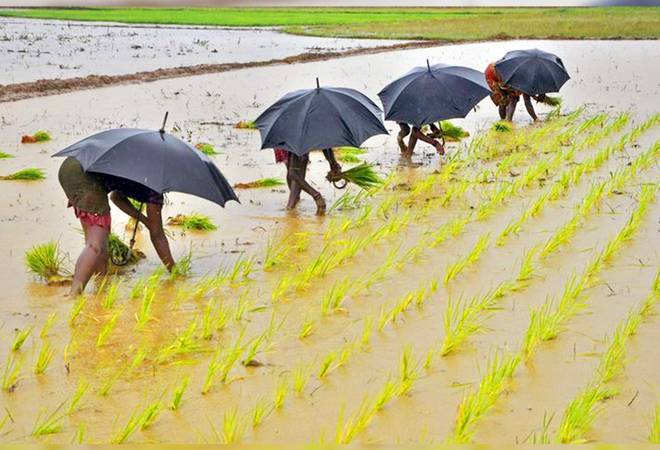 Farmers and agricultural workers unions All India Kisan Sabha (AIKS) and All India Agricultural Workers' Union (AIAWU) have termed the second tranche of COVID-19 stimulus as an "eyewash", which does not address the concerns of the migrant labourers, farmers and other vulnerable sections of the society.

"AIKS and AIAWU had demanded income support of Rs 7,500 per month for all non-tax paying poor people. Nothing in that direction has been done except for some announcements of loans for street vendors and certain other sections of society. We had demanded Rs 18,000 a year under PM-KISAN for all farmers, including tenant farmers. Other than the routine Rs 2,000 instalment to a reduced number, nothing has come.  Farmers have been demanding loan waiver and interest-free loans for the kharif season for all farmers, including tenant farmers. The Finance Minister merely announced that 3 crore marginal farmers availed agricultural loans worth over Rs 4 lakh crore," the leaders of the organisations said.

A joint statement issued by AIKS and AIAWU said while the government claimed 14.5 crore farmers would benefit from the PM-KISAN when the scheme was announced, only 3 crore farmers have got agricultural loans and that is not as part of any special drive carried out under the lockdown circumstances. "The infusion of more funds through NABARD is a welcome decision but has to be seen in the context of loans going to agribusinesses and large farmers. Experience shows banks are notoriously hesitant to give fresh loans to farmers," the leaders said.

The associations said the government should ensure assured remunerative prices for agriculture produce as per the Swaminathan Commission recommendation of C2+50% (fifty per cent more than the weighted average cost of production). They also called for compensation to farmers for crop losses due to the sudden lockdown. "Demand for free seeds and subsidised inputs, including fertilisers and diesel, has also not been acceded to," they said.

Coronavirus to inflict up to $8.8 trillion in global losses, says ADB