Kerala Chief Minister Pinarayi Vijayan today announced that the UAE has offered assistance of Rs 700 crore ($100 million) to aid relief efforts in the state ravaged worst monsoon in close to a century. 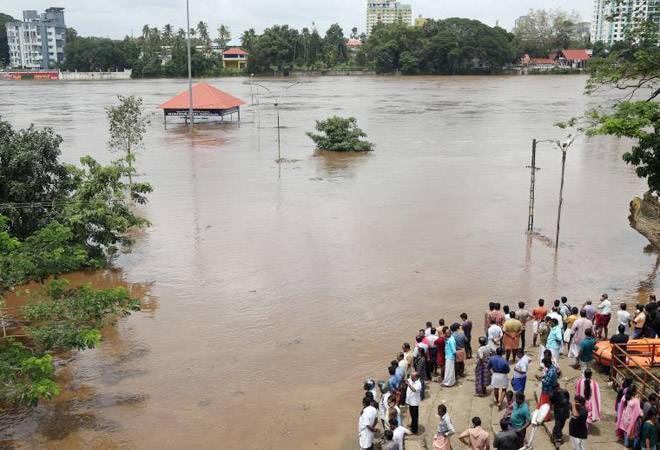 It's not just the expat Indian community in the United Arab Emirates - a big chunk of whom have roots in Kerala - that have donated generously to help the crisis-hit state. Their adopted country has whole-heartedly chipped in, too. Kerala Chief Minister Pinarayi Vijayan announced today that the UAE has offered assistance of Rs 700 crore ($100 million) to aid relief efforts in the state ravaged worst monsoon in close to a century.

Vijayan informed the media about the UAE's overture and thanked them for their "timely" help. "Today morning, Sheikh Mohammed bin Zayed bin Sultan Al-Nahyan, the Crown Prince of Abu Dhabi, informed our Prime Minister about their contribution for Kerala and this was conveyed to me by M.A. Yusuf Ali (who owns Lulu Supermarkets)," he said. "The Kerala diaspora has been a huge source of help for us. Since they have done tremendous service in the Middle East, it has helped build good relations with the governments there."

"We also express the gratitude of Kerala to HH Sheikh Khalifa bin Zayed Al Nahyan, President of the UAE and the Emir of Abu Dhabi, and HH Sheikh Mohammed bin Rashid Al Maktoum, Prime Minister of UAE and Emir of Dubai," tweeted Vijayan.

Depending on whom you ask, 6-8 lakh people are stuck in 3,000-5,000 relief camps set up across the rain-battered state. The death toll has crossed 300 and the Chief Minister recently pegged the overall damage caused in the state at over Rs 19,500 crore. That's just the initial assessment.

Last week, Sheikh Mohammed bin Rashid Al Maktoum, the ruler of Dubai and the vice president of the UAE, took to Twitter to announce the formation of a committee to extend emergency help to the state. "UAE and the Indian community will unite to offer relief to those affected. We have formed a committee to start immediately. We urge everyone to contribute generously towards this initiative," he tweeted.

In a subsequent post he said: "The people of Kerala had always been successful in the success of the UAE. We have a special responsibility to support and assist the flood victims. Especially in this epic and blessing of Eid al-Adha."

In response, Vijayan had thanked him for his "concern, generosity and large heart" on the social media platform. "People of Kerala will not forget this kind gesture shown in our time of need," he had tweeted.

The state is now reportedly preparing to rebuilt itself and rehabilitate the victims with the weather finally showing improvement. "A new Kerala has to be built. At today's cabinet meeting, it has been decided to submit a detailed list to the Centre," he reportedly said. "Funds are the prime requisite for this. This will be raised by us through various sources besides getting it from the Centre and other agencies."

The news agency added that the Chief Minister's Distress Relief Fund had received Rs 210 crore as contributions till Monday, while another Rs 160 crore had been pledged.

Vijayan has reportedly called an all-party meeting at 4 pm today to chart out the future course of action. A special session of the Kerala Assembly has been called from August 30 to discuss Kerala's rehabilitation and reconstruction.