NPR approved by Union Cabinet: The National Population Register will now be updated along with the house-listing phase of Census 2021 from April to September 2020 in all the states and union territories apart from Assam 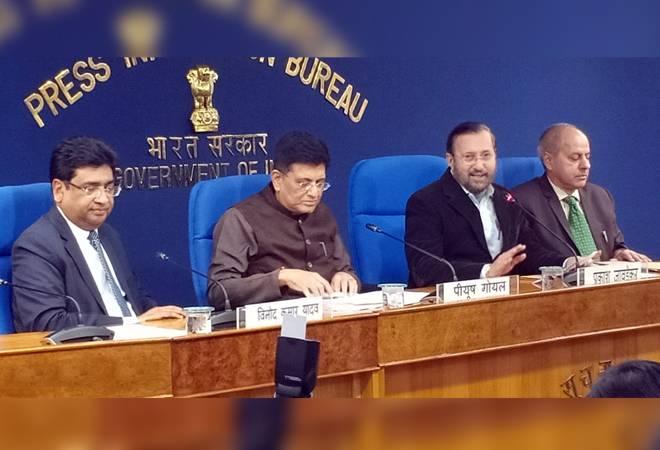 NPR approved by Union Cabinet on Tuesday, Rs 8,500 approved for the exercise

The Union Cabinet on Tuesday gave its nod to update the National Population Register (NPR). The government approved funds to the tune of over Rs 8,400 crore. The exercise to update the NPR will commence from April next year.

The NPR seeks to document the "usual residents" of the country. This data was last updated in 2015 via door-to-door survey. The digitisation of the updated information has been completed.

The NPR will now be updated along with the house-listing phase of Census 2021 from April to September 2020 in all the states and union territories apart from Assam.

How is the NPR prepared?

The National Population Register is prepared at the local (village/sub-town), sub-district, state and national level under the provisions of Citizenship Act 1955 and the Citizenship (Registration of Citizens and issue of National Identity Cards) Rules, 2003.

One must keep in mind that every usual resident must be registered in the NPR.

What is the purpose of NPR?

The objective of the NPR is to create a comprehensive identity database of every usual resident in the country. Biometric as well as demographic details of the residents would be included in the NPR.

Is NPR and Aadhaar the same?

Not really. However, both Aadhaar and NPR has one goal - to improve the implementation of government policies. The Registrar General of India would ask the Unique Identification Authority of India (UIDAI) to verify the biometrics of citizens to include in the NPR.

According to reports, people with Aadhaar are not required to give biometrics for NPR. The government is also of the view that NPR would be more suitable for transfer of subsidies. The data looks to link every individual to a household.

Unlike Aadhaar, the NPR also seeks to include and correlate multiple demographic details instead of focusing on biometrics.

How can NPR data be accessed?

For now, NPR can be accessed on the government's National Population Register portal.

What are the demographic details required for NPR?

Govt to announce India's first Chief of Defence Staff today; here's all you need to know