US, India to discuss 'big and strategic' items during first 2+2 Dialogue: Pompeo

The Pentagon had ruled out an automatic waiver for India from the punitive US sanctions over its weapons purchase from Russia. 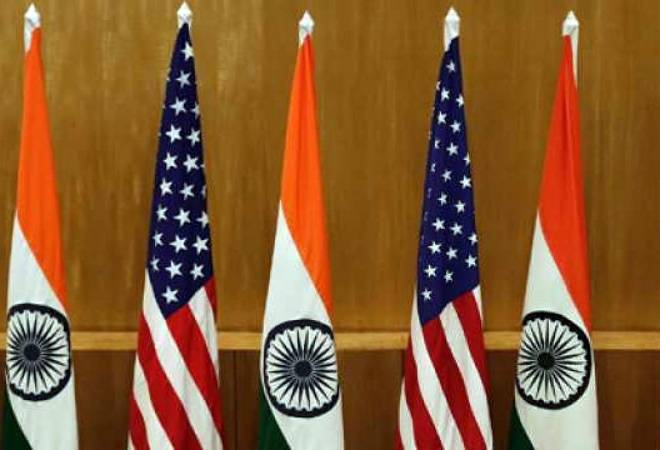 The US and India have "big and strategic" items to discuss during the first 2+2 Dialogue, according to Secretary of State Mike Pompeo who asserted that the primary focus of the meeting was not about India's plans to buy a Russian missile defence system and oil from Iran.

"They are (missile system purchase from Russia and oil from Iran) part of the conversation. They are part of the relationship.

"They will certainly come up, but I don't think they will be the primary focus of what it is we are trying to accomplish here," Pompeo said on Tuesday to a question from reporters who are travelling with him to Pakistan and then to India.

India is expected to convey to the US during the dialogue that it is going ahead to procure from Russia five S-400 Triumf air defence missile systems for nearly $4.5 billion.

"There are half-a-dozen things on the agenda that we are really intent on making progress on. Those decisions are important, they are important to the relationship for sure, but I don't see us resolving those or have intention to resolve those during this set of meetings of the strategic dialogue.

"They are really about things that are big and strategic and will go on for 20, 40, 50 years. Those are the kinds of topics that secretary Mattis and I are hoping to address not that those are not important, but they are not part of the structural relationship between the two countries," Pompeo said.

Last month, the Pentagon ruled out an automatic waiver for India from the punitive US sanctions over its weapons purchase from Russia, saying Washington has concerns over the Russian missile defence system deal.

Randall G Schriver, Assistant Secretary of Defence for Asian and Pacific Security Affairs, said: "I can't sit here and tell you today that a (CAATSA) waiver would necessarily be used (for India). It would be a topic discussed at the highest level of our government and they would make some determination".

The Countering America's Adversaries Through Sanctions Act (CAATSA) waiver is intended at preventing US sanctions on countries like India.

Mattis has publicly been a strong proponent of granting India waivers from sanctions.

Pompeo regretted that the 2+2 dialogue had to be postponed twice in the past.

The format of the 2+2 dialogue was agreed upon between the two sides during the visit of Prime Minister Narendra Modi to Washington in June 2017.

"I regret it was my fault the second time. I had to travel to Pyongyang. But secretary Mattis and I are both looking forward to this," the top American diplomat said.

The twice-delayed dialogue was earlier scheduled for July 6 in Washington, but was postponed by the US on June 27, citing "unavoidable reasons".

"We hope we can find opportunities to continue to expand the relationship not only diplomatic and military-to-military but a good set of business relationships as well," Pompeo added.

The US has told India and other countries to cut oil imports from Iran to "zero" by November 4 or face sanctions, making it clear that there would be no waivers to anyone.

The 2+2 Dialogue is taking place amid Chinese People's Liberation Army flexing its muscles in the Indo-Pacific region.

The US said in April that its vision of a free and open Indo Pacific, which is supported by India, is not so much about countering any particular country.

China claims almost all of the resource-rich South China Sea. Vietnam, the Philippines, Malaysia, Brunei and Taiwan have counter claims over the area.

China recently deployed anti-ship cruise missiles and surface-to-surface missile systems in the disputed South China Sea amid frequent forays by US naval and surveillance aircraft over the region to assert the freedom of navigation especially around the artificial islands built by China, where it has also established garrisons.