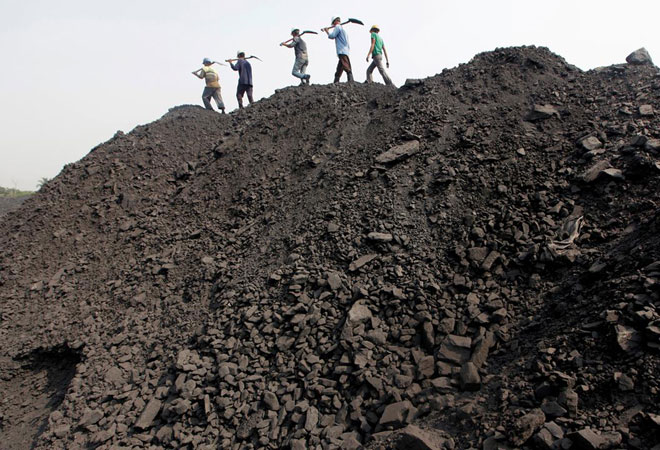 Companies like Vedanta, Jindal Steel and Power, Adani Enterprises, Hindalco Industries and JSW Steel are in the race for the first-ever auction of 19 coal blocks for commercial mining, which will kick-start from Monday.

The auction under which 19 coal blocks would go under the hammer will continue for eight days, from November 2-9, according to the latest calendar for electronic auction of the coal ministry.

Companies like Hindalco Industries and Adani Enterprises will be vying for Chakla coal block in Jharkhand on Monday.

In case of Radhikapur (West) coal block in Odisha, companies like Jindal Steel and Power Ltd (JSPL) and Vedanta Ltd are in race.

With regard to Marki Mangli-II block in Maharashtra, Yazdani International Pvt Ltd, Andhra Pradesh Mineral Development Corporation Ltd and Refex Industries Ltd will be competing against each other.

Aurobindo Reality and Infrastructure Pvt Ltd and Sunflag Iron and Steel Company Ltd are in the race for Takli-Jena-Bellora (North) and TakliJena-Bellora (South) coal block in Maharashtra .

In June, Prime Minister Narendra Modi launched the auction process for 41 coal blocks for commercial mining, a move that opens India's coal sector to private players, and termed it a major step in the direction of India achieving self-reliance.

The auction of coal blocks for commercial mining is expected to garner Rs 33,000 crore of capital investment over the next five to seven years.

The launch of the auction process not only marks the beginning of unlocking of the country's coal sector from the lockdown of decades but aims at making India the largest exporter of coal, the prime minister had said. Despite being the world's fourth-largest producer, India is the second-largest importer of the dry-fuel. The coal ministry had later revised the list of mines to be auctioned.

Bharat Biotech to launch its coronavirus vaccine Covaxin in Q2 2021