Reports suggest that once the matter is listed for hearing, a team of officials from Indian agencies will leave for London to oppose Mallya's appeal against extradition 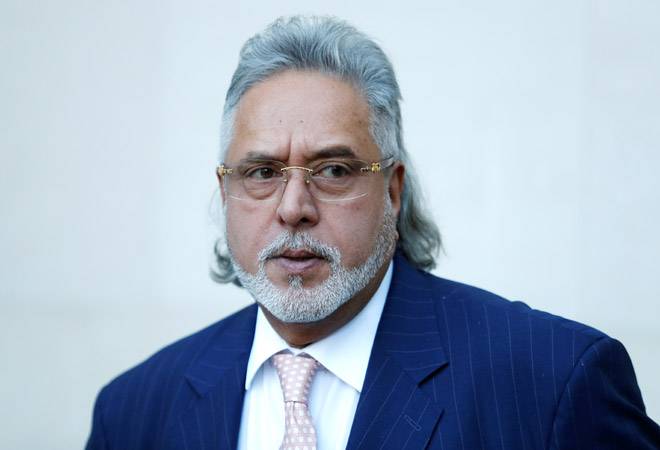 After his first appeal to was reject, Mallya had a week to file a renewal application.

Embattled businessman Vijay Mallya has filed an application in the UK High Court to avoid extradition to India. Mallya has filed for an oral consideration after his first attempt at an application seeking "leave to appeal" in the court failed last Friday. The oral consideration is where a judge will decide whether Mallya's plea against his extradition can proceed to a full-fledged hearing.

The Westminster Magistrates' Court has already judged in favour of extraditing Mallya to India, which was then approved by the UK Home Secretary Sajid Javid back in February. Following this, the fugitive economic offender filed his first written application for permission to appeal against the decision in the UK High Court, which was turned down by Justice William Davis on April 5.

Mallya was given a week to apply for oral consideration via a renewed application. Following Mallya's application, the matter will now be listed for hearing in the coming weeks, where his legal team and the Crown Prosecution Service, arguing on the behalf of Indian authorities, will debate for and against extraditing him to India.

The next date for hearing in the matter will be decided in the coming days. Reports suggest that once the hearing date is finalised, a team of officials from the Central Bureau of Investigation and Enforcement Directorate will leave for London to challenge Mallya's appeal against extradition.

Meanwhile, Mallya, 63, remains out on bail. Last year in December, Judge Emma Arbuthnot of Westminster Magistrates' Court had ruled that Mallya had a "case to answer" in the Indian courts.

According to submissions made by banks in the London High Court, Vijay Mallya is broke, bankrupt and living off his partner, personal assistant, a business acquaintance and his children. The court learnt that Mallya's partner Pinky Lalwani draws about Rs 1.35 crore per annum and that he is only left with Rs 2,956 crore (328 million pounds) in personal assets, which he has put forth in his settlement offer to the Karnataka High Court.

ALSO READ:Vijay Mallya is broke and living off his partner, children: report

Mallya is wanted in India over charges of bank fraud and money laundering amounting to Rs 9,000 crore. On January 2, Vijay Mallya was declared as the country's first fugitive economic offender under the Fugitive Economic Offenders Act by a special PMLA court in Mumbai.

On July 29, 2015, a case was lodged against Mallya, Kingfisher Airlines Limited (KAL), KAL Chief Financial Officer A Raghunathan, and unidentified officials of IDBI. The allegation was the IDBI officials conspired with private individuals, sanctioned and disbursed loans to KAL despite its weak financial situation, negative net worth and below par credit rating in violation of IDBI's corporate loan policy.

During the investigation, it was found that Mallya's Kingfisher Airlines had fraudulently utilised significant portions of loan funds to service the existing debt, diverted the loan funds to such purposes other than that avowed. Substantial amounts were remitted outside India on the pretext of payment of lease, rentals, etc. He fled the country on March 2, 2016 after a look-out-circular was diluted by CBI.

Retail inflation inches up to 2.86% in March on higher food, fuel prices