Sixty-five workers at Amrik-Sukhdev Dhaba and 10 at Garam Dharam dhaba on the highway had tested positive for novel coronavirus infection, following which both the eateries were sealed on Thursday till further orders 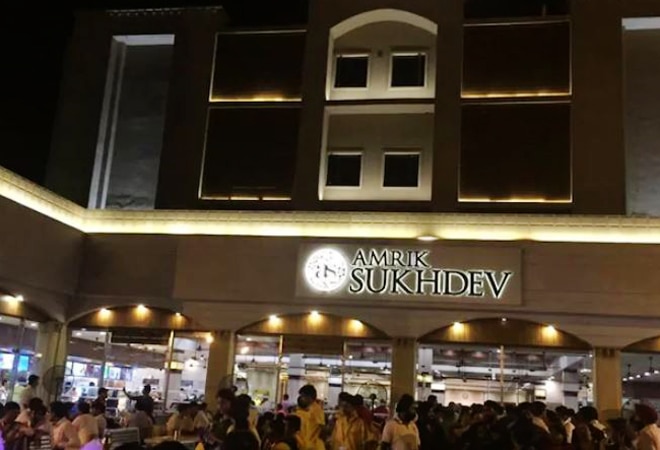 Sonipat district administration has launched a massive contact-tracing drive after the 75 workers tested positive for COVID-19, officials said on Friday

People from Delhi who recently visited the two popular eateries in Murthal whose large number of staff have been found to be COVID-19 positive, should immediately self-isolate and get themselves tested after a couple of days, officials said on Friday.

Sixty-five workers at Amrik-Sukhdev Dhaba and 10 at Garam Dharam dhaba on the highway had tested positive for novel coronavirus infection, following which both the eateries were sealed on Thursday till further orders, Sonipat's Deputy Commissioner Shyam Lal Punia said.

Both famous eateries are located in Sonipat's Murthal and nearly 50 km away from Delhi, and on regular days a large number of people from the national capital visit these joints for 'parathas' and other delicacies. A senior official of Delhi government said the people who went to these outlets by the highway should immediately self-isolate and go for testing after 3-4 days.

"Highway dhabas are dangerous places to go to as of now, as customers can go to any city from that point. So, it's also a logistical nightmare for the surveillance team," the official said on the condition of anonymity.

"The best is families should not go out as much as possible. This is still a heath emergency and people should not be complacent, and venture out only if really necessary," he said. ontact tracing will be done by the surveillance team given the constrains in this case, the help of apps might be taken, another official said.

"It is very irresponsible on people's part to go out and enjoy, as if everything is normal. They are putting themselves and their family members and others at risk," he said. Murthal is known for its eateries which dot a stretch on both sides of the Ambala-Delhi national highway. People generally drive in cars in groups to relish the lip-smacking delicacies these dhaba-cum-restaurants are known for.

Meanwhile, the Sonipat district administration has launched a massive contact-tracing drive after the 75 workers tested positive for COVID-19, officials said on Friday. The Sonipat Deputy Commissioner said sampling work has been initiated at other eateries also.

The DC said in the wake of the pandemic, all the eateries had already been directed to maintain a register to record the number of visitors and their contact details. "On the basis of these, we are trying to contact as many as possible who have eaten food at these two dhabas during the past few days," he said.

Sonipat's Chief Medical Officer Dr J S Punia said the majority of those infected at the Sukhdev dhaba were workers who had recently come from Bihar. Delhi recorded 2,914 fresh COVID-19 cases on Friday, the highest single-day spike here in 69 days, as the tally mounted to over 1.85 lakh, even as a senior official claimed it "wasn't an alarming surge" and so there was no chance of another lockdown.