"That is the honour they show to the Constitution," P Chidambaram said on BJP's attempts to form government in Maharashtra 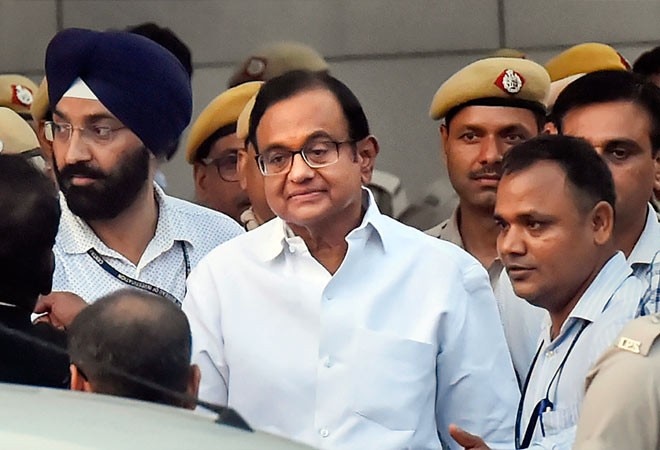 Former Finance Minister P Chidambaram lambasted Maharashtra Governor Bhagat Singh Koshyari, Prime Minister Narendra Modi, the President Ram Nath Kovind for the political fiasco that unfolded in Maharashtra over the past few days. The senior Congress leader made the comment while leaving after a hearing on his bail plea in a special court on Wednesday.

In video clips posted on his son Karti Chidambaram's Twitter handle, the Congress leader can be heard saying: "That is the way they celebrate Constitution Day. That is the honour they show to the Constitution. The Governor, the Prime Minister and President are all responsible for the midnight affair."

ALSO READ:Don't create confusion, I am in NCP and will remain in the party: Ajit Pawar

In a bizarre turn of events, Devendra Fadnavis was sworn in as the Chief Minister of Maharashtra in the early hours of last Saturday, with support from NCP leader Ajit Pawar. This happened within hours of the Shiv Sena-NCP-Congress combine confirming that it will form the next government in the state with Uddhav Thackeray as CM. The matter was brought before the Supreme Court on Saturday.

On Tuesday, the apex court ruled that Fadnavis will have to prove majority in a floor test. Shortly after, Ajit Pawar, who was sworn in as the Deputy Chief Minister to Fadnavis, withdrew support and returned to NCP. Failing to muster the required numbers for the floor test, Fadnavis tendered his resignation as the CM on Tuesday afternoon. This cleared the way for Uddhav to become the next Chief Minister of Maharashtra.

Indian steel firms should invest in Russian coal cos to bring down coal price: FEIEA

'Not a recession yet': FM Sitharaman calms nerves on economic slowdown