Howdy, Modi! event: Hitting out at Pakistan, Modi said some people had problems with the abrogation of Article 370; he added that these are the same people who couldn't not govern their own country properly 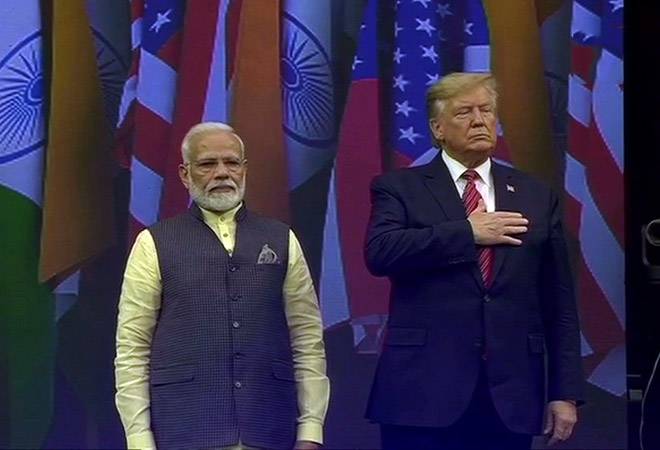 Prime Minister Narendra Modi during his address at the mega Howdy Modi event on Sunday said the BJP government in India gave farewell to Article 370, which had deprived people of Jammu and Kashmir of development. "Article 370 had deprived people of Jammu and Kashmir and Ladakh of development. Terror and separatist elements were misusing the situation. Now people there have got equal rights," he said.

Talking about terror activities in the state, Modi said in J&K, terrorists and separatist elements were misusing the situation. "Now after abrogation, people there have got equal rights," he added.

Earlier he introduced US President Donald Trump to the Indian-Americans as a very "special person" who has left a deep and lasting impact everywhere. Addressing over 50,000 Indian-Americans at the NRG stadium, Modi said it was honour and privilege for him to welcome Trump in this magnificent stadium and magnificent gathering. "Greetings to my fellow Indians in India and around the world. Friends, this morning, we have a very special person with us," Prime Minister Modi said.

"He (Trump) was a household name even before he went to hold the highest seat in the US," Modi said while greeting the US president. "His name is familiar to every person on the planet. His name comes up in almost every conversation in the world on global politics," he said.