On the issue of no trade deal with the United States during PM Modi's high profile visit to the US last month, US Secretary of Commerce Wilbur L Ross says "neither government said there would be a trade deal in five minutes" 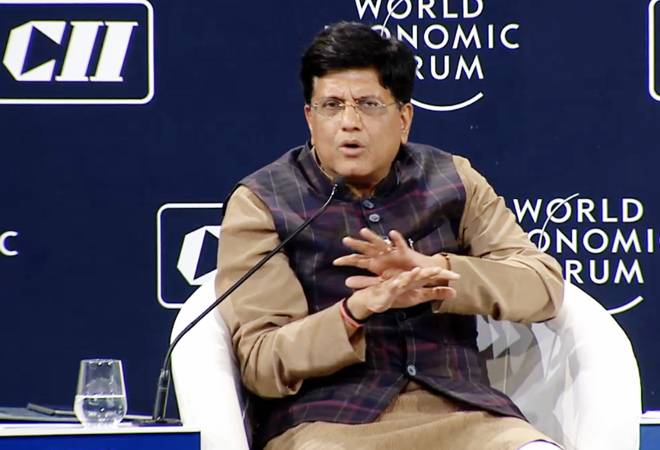 Union Minister Piyush Goyal on Thursday said that India's stand on the issue of high tariffs on US products and regulations concerning e-commerce companies was very clear and that the "spirit of Indian law" was to "protect small retailers".

"Considering that over 120 to 130 million people are dependent on retail business, a lot of jobs are associated with it, it's a sensitive issue in India. We are clear that we can't let them fall," Goyal said.

On the issue of no trade deal with the United States during PM Modi's high profile visit to the US last month, US Secretary of Commerce Wilbur L Ross said: "Neither government said there would be a trade deal in five minutes." But, he added: "We do think there's no structural issue why there can't be one very quickly."

He said the US was concerned with trade deficits that "arise when countries throw up protectionist trade barriers" but said the Trump administration was committed to bilateral trade agreements.

Meanwhile, Goyal said the torrid times in relations between the US and India "could also be something like a torrid love affair". He added the leaders of both the countries got along well and understood the value of their bilateral relations.

On why the two sides weren't able to forge a bilateral trade agreement, Ross said there were concerns and compulsions before the Lok Sabha elections 2019 in India, but he hoped there would be more clarity with the return of Modi govt.

He said both India and the US could achieve great results if they focussed on bilateral ties. "We did the same thing with Mexico and Canada, and we managed to get a deal in less than 15 months," said Ross, adding that the US had also struck successful bilateral deals with Korea and Japan.

On the US administration complaining about harsh regulations in India and rising tariffs on US products, Goyal said there were issues where both the nations could have different opinions.

"There are certain restrictions and, for example, in that case of the e-commerce sector, and we had a discussion with companies and the two or three main US companies confirmed that there are no issues with the guidelines," Goyal said.