Bengal Election Results 2021: Suvendu Adhikari was a TMC veteran who switched to BJP last year after a fallout with Banerjee. Adhikari and Banerjee's fight is one of the most-watched this election season 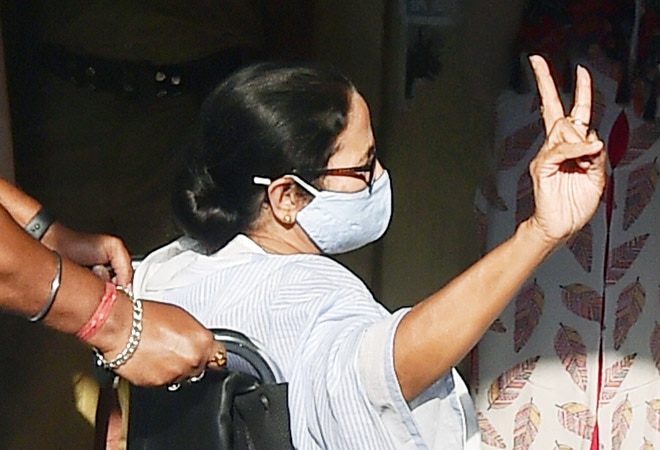 Mamata vs Suvendu in Nandigram

In a major upset, BJP candidate Suvendu Adhikari who is taking on TMC supremo Chief Minister Mamata Banerjee is leading from the Nandigram constituency. At 9:46 am, Adhikari was leading with 3,000 votes.

Suvendu Adhikari was a TMC veteran who switched to BJP last year after a fallout with Banerjee. Adhikari and Banerjee's fight is one of the most-watched this election season.

Soon after joining BJP, Adhikari vowed to defeat Banerjee by more than 50,000 votes in Nandigram. "Write this down and mention the date and time. I will leave politics if I cannot defeat her (Mamata Banerjee) by a half lakh (50,000) votes," he said in a rally in South Kolkata. He said that Banerjee must prepare a letterhead with 'former chief minister' written on it.

Mamata Banerjee too called Adhikari a 'traitor' and said that she was wrong to have blindly supported the Adhikari family. She called him Mir Jafar -- synonymous with traitor in Bengal's political history. Banerjee said that she won't leave even one inch of soil to Adhikari or any of the opposition leaders.

Banerjee is aiming for the third consecutive term as Chief Minister of West Bengal. However, her victory in Nandigram is important for her to retain her power.

The Adhikari family played a major role in the ascent of Trinamool Congress and Mamata Banerjee's clinching of power from the Left Front who had ruled the state for 34 years. Suvendu Adhikari, his brother Soumendu and father Sisir formed the crux of the power in the family that was intrinsical in the anti-land acquisition movement in Nandigram.