India Today Conclave: 'Where is the V-shaped recovery,' asks Chidambaram

Speaking at the India Today Conclave-South 2021 on Friday, March 12, Chidambaram stated that there has been a "setback" in the third quarter as against the government's claims of a 0.4% GDP growth in Q3 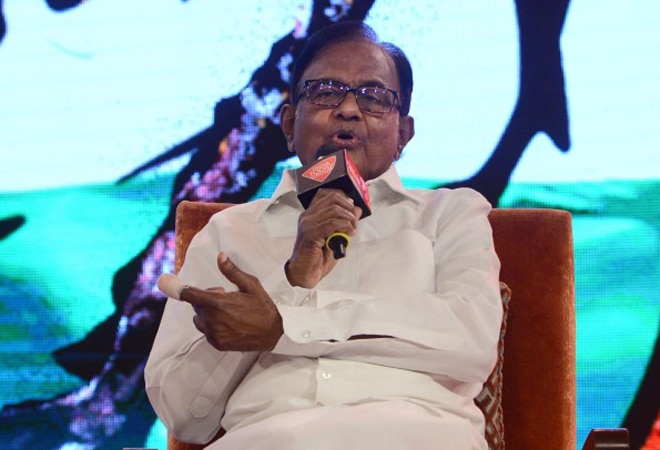 Former Finance Minister and senior Congress leader P. Chidambaram has questioned the government's claims of a V-shaped recovery, claiming that India is not growing at all. Speaking at the India Today Conclave-South 2021 on Friday, March 12, Chidambaram stated that there has been a "setback" in the third quarter as against the government's claims of a 0.4% GDP growth in Q3.

When asked if the Modi model has succeeded when it comes to the economy, the former FM said, "Where is the V-shaped recovery? Even the 0.4% of Q3 is quarter upon quarter. If you look at it sequentially, India is not growing at all. In fact, there has been a setback in the third quarter. The economic advisor has been talking about a V-shaped recovery for the last 24 months.

Talking about the Congress party facing the most serious crisis it has had since its existence more than a century ago, Chidambaram said, "Such a statement has been made several times in the media, they said in 1977, they said in again in 1998, 2003 and they are saying it again. Like any other party, Congress faces ups and downs. Don't decide the future of Congress by temporary defeats. We have had significant successes in the last two and a half years."

Speaking about the upcoming elections in five states, the Senior Congress leader highlighted that that "the party is confident of winning in Kerala, our alliance with DMK will score well in Tamil Nadu, and I think we have a fighting chance in Assam. Puducherry, I can't say yet, because the alliances are being formed."

When asked if Rahul Gandhi has too much power without responsibility, and if he is shirking responsibility, whether he is a problem or a solution, Chidambaram noted, "A party can only be elected by party workers. Today, across the length and breadth of the country, if you ask grass-root worker or poll booth level workers, 99 out of 100 want Rahul Gandhi to take over as party president. That's the truth, and everybody has to accept the truth."

He also informed that Congress will elect a full-time president shortly after May following an election by party workers.

Answering the seething question if there is no one from the opposition to take on PM Modi and that there is no leadership alternative to the Prime Minister, Chidambaram added, "There will be a day when someone will replace Modi. The same intention was there when Indira Gandhi was in power. It is true that Modi is cut from a different cloth, he controls the party, and the government. But I don't think he (PM Modi) is undefeatable."

The Congress leader further said, "The fact is that the Modi idea, theme, narrative, which the BJP has adopted, is a challenge to democracy. Everybody in the world who writes about it cannot be wrong. He is a challenge to the idea of India. This narrative is a dangerous idea to India. Every central paramilitary force has been headless for months, the information commission was without members, all but one for many months, 340 judges' posts are vacant, every institution has been taken over, infiltrated, captured, or tamed into submission and that doesn't exclude large sections of media, and this is dangerous to the idea of India. BJP needs to shed its communal agenda, anti-Christian, anti-Muslim, xenophobia, the idea of one language, one culture, one food, one habit, one party, one election, is dangerous and threatens everyone in India."

When asked if demonising Modi or Moditva would be the only way Congress believes it can come back to power in the country, Chidambaram said, "I am not demonising PM Modi, I am pointing that his narrative is against the very idea on which India was born, that it will be a secular, liberal and open society. I revolt against it."