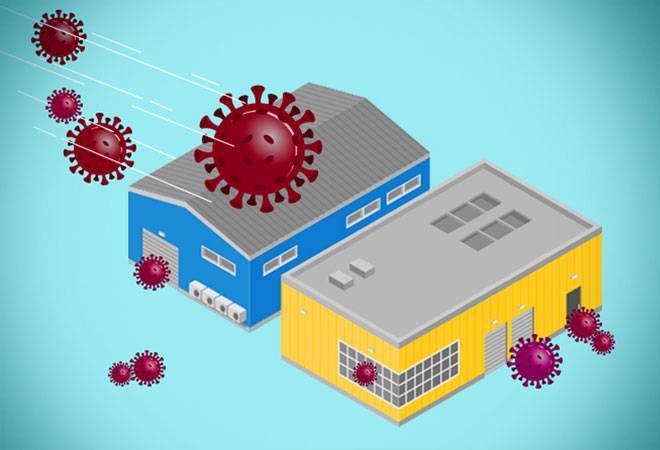 One of the last issues to close concerned 500 billion for guaranteed, subsidized loans to larger industries, including a fight over how generous to be with the airlines

The White House and Senate leaders of both parties have struck an agreement on a sweeping 2 trillion measure to aid workers, businesses and a health care system strained by the rapidly spreading coronavirus outbreak.

Top White House aide Eric Ueland announced the agreement in a Capitol hallway shortly after midnight. The agreement came after days of often intense haggling and mounting pressure and still needs to be finalized in detailed legislative language.

Ladies and gentlemen, we are done. We have a deal, Ueland said. The unprecedented economic rescue package would give direct payments to most Americans, expand unemployment benefits and provide a 367 billion program for small businesses to keep making payroll while workers are forced to stay home.

One of the last issues to close concerned 500 billion for guaranteed, subsidized loans to larger industries, including a fight over how generous to be with the airlines. Hospitals would get significant help as well.

Unprecedented legislation to rush sweeping aid to businesses, workers and a health care system slammed by the coronavirus pandemic remained snagged on Capitol Hill Tuesday night, despite predictions by negotiators that a deal was at hand.

After days of pressure, unusual partisanship in a crisis, and intense haggling over the fine print, negotiators were almost done with a 2 trillion bill to respond to what Senate Majority Leader Mitch McConnell called "the most serous threat to Americans' health in over a century and quite likely the greatest risk to America's jobs and prosperity that we've seen since the Great Depression.

The final details proved nettlesome as Trump administration officials continued negotiations deep into the night. Yet even as the public-health crisis deepened, President Donald Trump expressed eagerness to nudge many people back to work in coming weeks and held out a prospect, based more on hope than science, that the country could be returning to normal in less than a month.

We have to go back to work, much sooner than people thought, Trump told a Fox News town hall. He said he'd like to have the country opened up and just raring to go by Easter, April 12. But in a White House briefing later, Trump said "our decision will be based on hard facts and data.

Also read: Trump hopes to reopen US economy by Easter; coronavirus cases in US jump by 10,000

Coronavirus: PM urges people to not crowd at shops during lockdown