Railways' new barter policy: Firms to advertise on trains for goods, services they sell on board

So, don't be surprised if you see advertisements of a soap brand on a train and find the same being provided in toilets on board for your use. 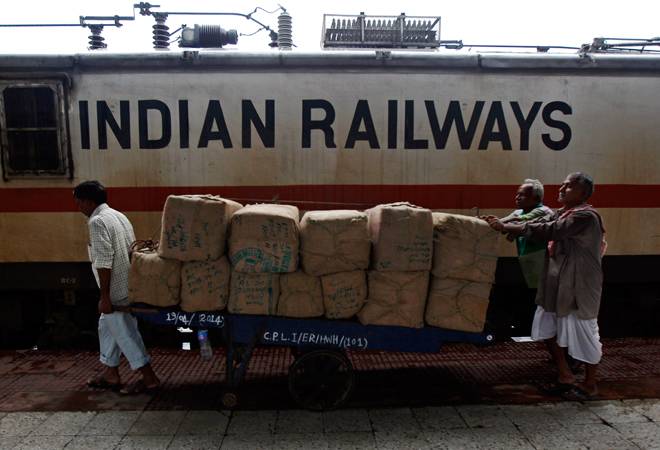 In a reminiscent to the barter system, the railways has devised a first-of-its-kind policy to allow companies to advertise on trains in lieu of their goods and services for passengers on board.

So, don't be surprised if you see advertisements of a soap brand on a train and find the same being provided in toilets on board for your use.

A policy drafted by the Railway Board's Transformation cell has said that offers of goods and services in exchange for publicity on running trains have been discussed in the board and a decision has been taken to implement it on a trial basis.

A directive in this regard was issued to all general managers of railways on December 27.

"We are experimenting with an unique idea. In barter system, there is no exchange of money. Lakhs of passengers travel by train on a daily basis. Imagine the kind of publicity these brands are going to get. It is a very lucrative deal for them," a senior railway official said.

The order states that when such an offer is received by a coaching depot officer (CDO) he will put it up on the railway website for 21 days to give equal opportunity for interested parties to pitch similar products.

Once the stipulated waiting period is over, the CDO can choose one party and grant them the request. The policy also states that initially, the permission to advertise in this manner can be given by CDOs for three months in two trains in each depot.

"Initially, we will concentrate on barter of goods rather than services. Things like soaps, dispensers, bedrolls. The companies can offer their goods and instead of money, we will give them advertising space on board trains," said the official.

The policy also states that the a maximum number of four thematic products and equipment with courtesy signage per coach inside the toilet or near the exit doors would be allowed.

The maximum size of advertisements have been restricted to six inches by six inches, the policy states.

Sebi expands OFS framework to all cos with Rs 1,000-cr and above m-cap