India will grow at around 7.8 per cent in the next calendar year and investment cycle that has already started picking up will gather further strength and we will see more private investments, said Niti Vice Chairman Rajiv Kumar. 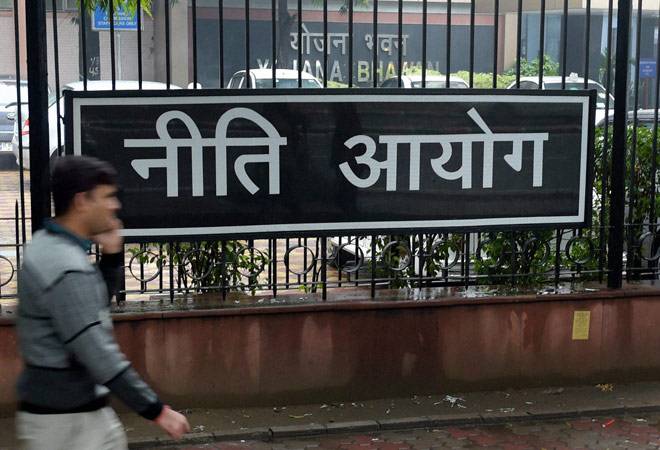 "India will grow at around 7.8 per cent in the next calendar year and investment cycle that has already started picking up will gather further strength and we will see more private investments," Kumar told PTI in interview.

"I also hope that liquidity crunch which has been effecting non banking financial company (NBFC) sector would also be addressed and the credit allocation capacity of banks under the Prompt Corrective Action (PCA) would be enhanced... All of that will contribute to strengthening the investment cycle," Kumar said.

He said various key reforms undertaken by the Modi government has laid foundation stone for high growth and the low inflation and the time is now to focus on their implementation.

"I am certain that some more policy reforms may be announced in the sectors such as e-mobility or in reducing import-dependency in energy sector and development of the North East region," the Niti Aayog vice chairman said.

"The first time you are getting 7.5 per cent growth, with hardly any inflation. That makes it a very strong macro fundamental. That is the basis for achieving 9 per cent growth by 2022-23," he stressed.

In 2018, the government think tank was criticised over the issue of revision of economic growth rates, which showed that growth during the previous Congress-led UPA's regime was less than what was estimated earlier.

Recalibrating data of past years using 2011-12 as the base year instead of 2004-05, the Central Statistics Office (CSO) last month lowered the country's economic growth rate during the previous Congress-led UPA's regime.

Economists including former chief economic advisor Arvind Subramanian had questioned the involvement of Niti Aayog in release of the GDP back series data and had also called for review by experts to clear doubts.

"Niti Aayog's involvement was due to the consultation that was initiated by the Ministry of Statistics and Programme Implementation (MOSPI) on the back series GDP data for which the Aayog organised the workshop of leading statisticians of India to vet the figures in the methodology," Kumar said.

"... Preparation had already began by the CSO, which is the technical competent organisation," he added.

Besides, it prepared a strategy document for India's 75th year of independence, presenting goals for 2022-23 and a way forward to achieve them.

The think tank also constituted Niti Forum for North East, with representation from all the NE states and the concerned central ministries/departments to identify various constraints in the way of accelerated, inclusive but sustainable economic growth in that region.

It was also mandated to steer a process of holistic development of identified islands of Andaman and Nicobar Islands as unique models of sustainable development.

It also worked extensively on shared, connected and clean mobility solutions for the country to be adopted readily in smart cities. It also released a National Strategy on Artificial Intelligence, detailing core strategies and recommendations on promoting the use of AI in key areas of governance.

ALSO READ:Railways' new barter policy: Firms to advertise on trains for goods, services they sell on board

Railways' new barter policy: Firms to advertise on trains for goods, services they sell on board

Rajya Sabha to vote on triple talaq bill on Monday; Congress, others to oppose it