Recently, the government used the provisions of Article 69A to block access to 43 applications of Chinese origin, including the likes of AliExpress, Alipay Cashier and CamCard 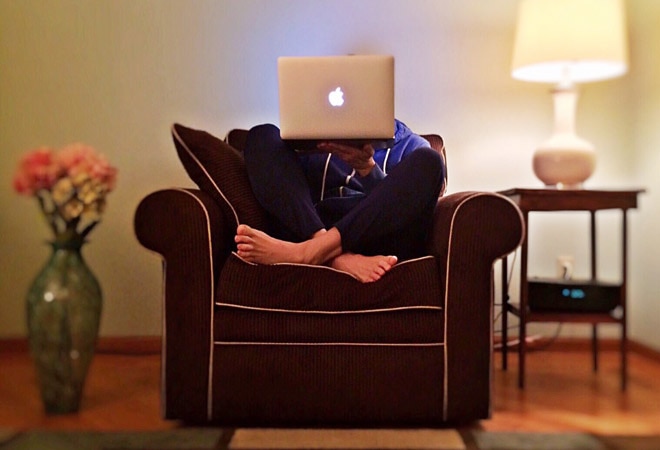 Today's intensely interconnected world is quite like the one depicted in George Orwell's dystopian social science fiction, 1984, where Big Brother knew everything that was happening. Immense amounts of data - text, images and video - are generated every day. While enterprises use the data to develop newer applications, some content poses problems for governments.

That's where the provisions of the Article 69A of the Information Technology Act, 2000, are used by the government to keep a check on online content. Article 69A allows the central government to block access to information generated, transmitted, received, stored or hosted in any computer resource if it believes the content impacts the security, defence, sovereignty and integrity of India. Other reasons include preserving friendly relations with foreign countries, public order, or preventing instigation of an offence.

The problem lies in the fact that there is no clear cut definition of what impacts the security and sovereignty of the country. Much of this is arbitrary and uses the emergency provision to shroud it in secrecy. In fact, there have been multiple instances of the government forcing Twitter to remove content related to Kashmir. As if all this was not enough, the government is looking to regulate OTT platforms such as Netflix and Amazon Prime Video. All this amounts to just online censorship in another name.

Considering that we live in a world of fake news with all kinds of disinformation being peddled online, there is definitely need for some light touch regulation to keep it all in check. But, not censorship. The light touch regulation can be done by not blocking access to content on the internet. Invariably when governments impose restrictions on content, they end up being selective and try to keep a check on any information that goes counter to the narrative of the political party in power. That is not in the interests of the country.

Recently, the government used the provisions of Article 69A to block access to 43 applications of Chinese origin, including the likes of AliExpress, Alipay Cashier and CamCard. In all, over 224 apps of Chinese origin have been banned. It all started in June-end, when 59 Chinese apps, including immensely popular ones such as TikTok, ShareIT and CamScanner were banned. But, due process was not followed while banning the apps. Though written submissions were made in July, the government is yet to do any in-person hearing with the app companies, which is mandated. If the government is not able to substantiate its claims in court, it will hurt the country.

It may seem apt in the current context, considering the vitiated atmosphere with China after the PLA made incursions into the Ladakh region, but, Article 69A could in future be used to target Indian companies too. That could be treading on dangerous territory.

That almost happened when the Left Front government in Kerala tried doing something on similar lines but finally succumbed to pressure. The state government amended the Kerala Police Act to include Section 118 (A) that provided a five-year jail term or Rs 10,000 fine or both for any social media post or cyber post that was to be deemed offensive or threatening. Fearing a blowback in the state elections that are due in just six months, the Pinarayi Vijayan government introduced an ordinance to repeal an earlier ordinance amending the Kerala Police Act.

Though the Kerala government decided to withdraw the amendment, the same has not happened at the central level. The central government also needs to think in terms of amending Article 69A and 79 of the outdated Information Technology Act, 2000, to ensure freedom of expression and online privacy.

Article 69A goes against the Digital India initiative of the government, using which it aspires to make the country a global leader in artificial intelligence, machine learning and internet of things. While till now the impact of Article 69A has largely been on Chinese apps and posts on Kashmir, India is walking the thin edge of a sword. We have already imposed curbs on Chinese investment into India. More such moves could lead to other countries being wary of investing in India. That's not something that India wants at this juncture.

It also runs counter to the hopes of some of the world's youngest citizens armed with over a billion mobile subscriptions, 625 million broadband connections and who consume over 12GB of data every month, the highest per capita data guzzlers in the world.

No one denies that there is a need for measures to keep a check on misinformation being peddled online, an overarching Article 69A is a direct attack on the freedom of speech and expression as enshrined in Article 19 of the Indian Constitution, 1949. Yes, the constitutional validity of Article 69A was upheld by the Supreme Court, stating that it is narrowly drawn with several safeguards. In practice, it is used extensively and in a non-transparent manner. To regulate online content, the government has to adhere to a set of procedures and safeguards which are called as the Blocking Rules.

Rather than restricting content being purely an administrative exercise, there is a greater need to involve the judiciary here. What is needed in an active democracy like India is greater transparency in the decision-making process. By that, the government needs to be open about what content has been censored and why. This kind of transparency would provide legitimacy to any decision taken by the government instead of it being thrust down the throat.

While that is a stop-gap measure, the real test lies in amending the provisions of Article 69A. Even better would be simply scrapping it. It remains to be seen whether this government is open to doing that. It would make Digital India truly open.

Biden administration to be ready to hit ground on day 1 with experienced economic team: Kamala Harris