The investment inSouth China Morning Post would add to Alibaba and its affiliates' growing media empire, the latest in a string of deals in news and advertising. 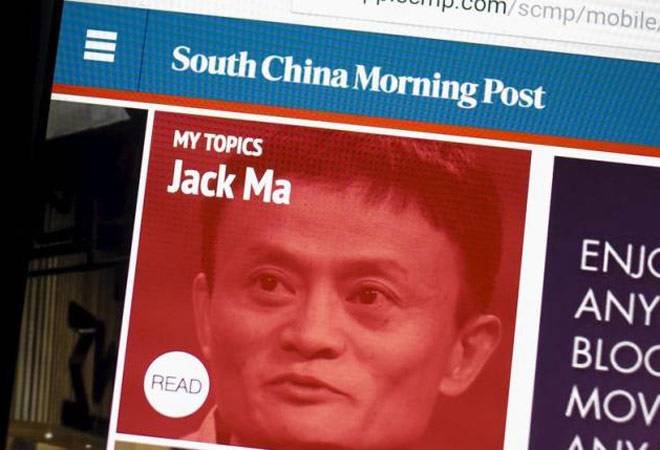 In June, Alibaba paid $194 million for a stake in the mainland's China Business News. (Photo: Reuters)

Jack Ma, founder and executive chairman of Alibaba Group Holding Ltd, is in talks to buy a stake in the publisher of Hong Kong's South China Morning Post (SCMP), Bloomberg reported on Monday citing unidentified sources familiar with the matter.

The discussions were at an advanced stage and a signing ceremony would be announced soon, Bloomberg said. It did not give the size of the stake, financial details or mention how Jack Ma , who controls various investment vehicles, would invest.

There has been speculation this month that Ma or his e-commerce juggernaut Alibaba were in talks to take a stake in the newspaper's parent SCMP Group Ltd. The China Daily newspaper reported rumors of the investment on November 9.

The investment would add to Alibaba and its affiliates' growing media empire, the latest in a string of deals in news and advertising.

In June, Alibaba paid $194 million for a stake in the mainland's China Business News.

Ma has had a fraught relationship with the SCMP in the past. In 2013, a reporter for the newspaper quit after quoting Ma as having made remarks in support of Beijing's violent crackdown on pro-democracy protesters around Tiananmen Square in 1989.

Any deal for the city's premier English-language broadsheet may raise eyebrows in Hong Kong, where many remain proud of the city's political separation from China's mainland. Ma, a Chinese citizen, appears frequently with leaders from the highest echelons of the Communist Party, and both sides have voiced their support and admiration for each other.

SCMP Group's shares have been suspended since February 2013 because it did not meet the minimum required percentage of total issued share capital available on the public market.