Anthony Fauci not on Biden's COVID transition team; will stay with Trump

Since January, Fauci has served on President Donald Trump's White House Coronavirus Task Force, a position that has frequently put him at odds with the president, who has sought to downplay the pandemic 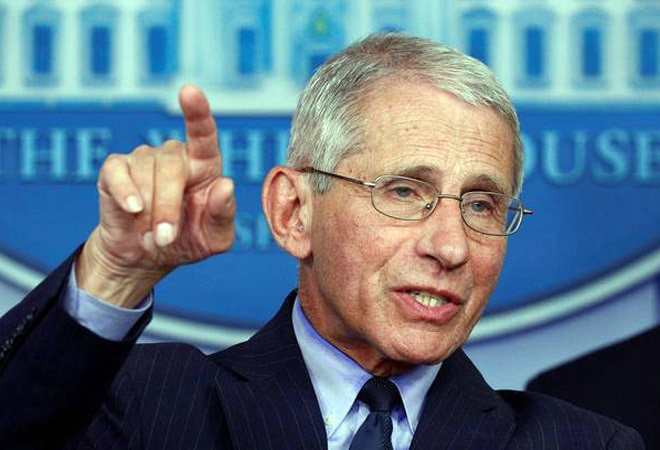 Dr. Anthony Fauci, the top U.S. infectious disease expert, said he has had no contact with President-elect Joe Biden's coronavirus transition team and sees no reason to quit to join that effort when there is so much to do now to fight the surging pandemic.

"I stay in my lane. I'm not a politician. I do public health things," he said in an interview on Thursday ahead of next week's Reuters Total Health conference.

Since January, Fauci has served on President Donald Trump's White House Coronavirus Task Force, a position that has frequently put him at odds with the president, who has sought to downplay the pandemic and focused instead on opening the economy.

"There's absolutely no reason and no sense at all for me to stop doing something in the middle of a pandemic that is playing a major role in helping us get out of the pandemic," Fauci said.

His advice for the president-elect, he said, is "exactly the same" as what he is recommending now - social distancing, avoiding crowds, wearing masks, washing hands. "Public health principles don't change from one month to another or from one administration to another."

Fauci has served six administrations and came to prominence fighting the AIDS epidemic in the 1980s under President Ronald Reagan.

His "day job" is developing vaccines and therapeutics as director of the National Institute of Allergy and Infectious Diseases, work that is starting to bear fruit.

On Monday, Pfizer Inc and German partner BioNTech SE announced that their experimental coronavirus vaccine was more than 90% effective - significantly higher than most experts had anticipated.

Moderna Inc, a company developing a similar vaccine with support from the White House's Operation Warp Speed program, is expected to report results from their late-stage vaccine trial in the next week or so.

"It was a home run for the Pfizer product, more than 90% - close to 95% - effective. I have every reason to believe that the Moderna product is going to be similar," Fauci said.

"It's an almost identical platform to the Pfizer vaccine, so I would not be surprised at all if it was highly effective," Fauci added.

The next big question about mRNA technology is safety. Fauci took as a good sign the fact that neither the Pfizer trial, which has enrolled more than 43,000 people so far, nor the Moderna trial, which involves 30,000, had to pause to investigate safety issues.

"That's really good news," he said. People in both trials will be followed for two years to make sure there are no long-term side effects. Barring that, "I think that the mRNA platform is here to stay," he predicted.

In spite of the high bar set by the Pfizer vaccine so far, Fauci said he believes there is still "plenty of room for multiple vaccines, even though there may be a modest degree of difference in total efficacy."

Also Read: Russia's Sputnik V to be cheaper than other vaccines; India to get priority: RDIF CEO Kirill Dmitriev