While AstraZeneca says it expects 2 million doses of the Oxford University vaccine to be ready each week in just over a fortnight, Pfizer BioNTech said the number of doses it has now sent to the UK is 'in the millions' 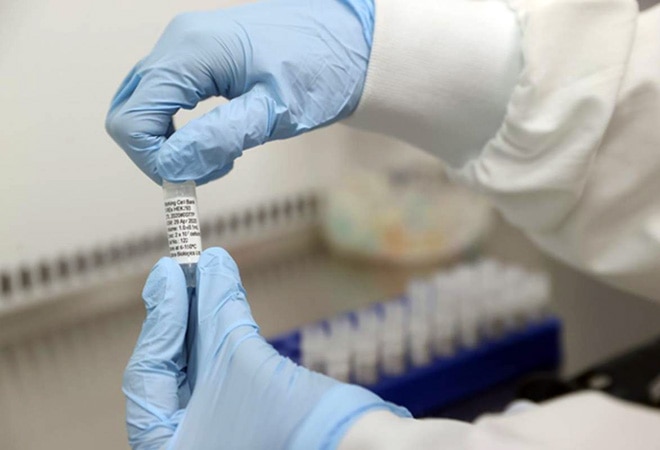 Amidst growing pressure over sufficient supplies of COVID-19 vaccines in the UK, pharmaceutical companies have hit back at government claims that access to enough jabs was a "limiting factor", insisting there was no issue at their end.

While AstraZeneca says it expects 2 million doses of the Oxford University vaccine to be ready each week in just over a fortnight, Pfizer BioNTech said the number of doses it has now sent to the UK is "in the millions".

The Pfizer and Oxford/AstraZeneca jabs are the two vaccines against coronavirus that are approved for rollout in the UK.

"The plan is then to build it up fairly rapidly; by the third week of January we should get to 2 million a week," an AstraZeneca source told 'The Times' newspaper.

"The deliveries to the UK are on track and progressing according to our agreed schedule," a Pfizer spokesperson said.

Meanwhile, there are growing questions on whether Britain could have had more supplies ready to go, similar to how India has created a massive vaccine stockpile in advance, according to 'The Daily Telegraph'.

Pune-based Serum Institute of India has a licensing tie-up for the Oxford vaccine. It has emerged that India has already managed to stockpile 50 million doses of the jabs.

"The rate-limiting factor at the moment, as they say, is supply not distribution," UK Prime Minister Boris Johnson told a Downing Street briefing earlier in the week.

The issues around supply are being raised as the UK is set to begin the rollout of the Oxford vaccine among the elderly and frontline workers from Monday after it received regulatory approval on Wednesday.

The government has ordered 100 million doses of the Oxford vaccine and scientific advisers have calculated that at least 2 million vaccinations a week could be needed, as well as a lockdown that includes school closures, to avoid the pressures on intensive care exceeding the peak of the first wave.

Ministers hope that their target of vaccinating 30 million vulnerable people and health workers by Easter in early April could be met ahead of schedule.

The UK's chief medical officers (CMOs) have defended the COVID-19 vaccination plan, even though a doctors' union has voiced criticism.

The UK will give both parts of the Oxford and Pfizer vaccines 12 weeks apart, having initially planned to leave 21 days between the Pfizer jabs.

But the CMOs said getting more people vaccinated with the first jab "is much more preferable" as the "great majority" of initial protection came from the first jab.

"The second vaccine dose is likely to be very important for duration of protection, and at an appropriate dose interval may further increase vaccine efficacy," the CMOs said.

"In the short term, the additional increase of vaccine efficacy from the second dose is likely to be modest; the great majority of the initial protection from clinical disease is after the first dose of vaccine," they added.

However, some general practitioners (GPs) who had already booked in their patients for their second dose after a 21-day gap are planning to keep to the schedule.

The Pfizer/BioNTech vaccine was the first jab approved in the UK, and 944,539 people have had their first dose.

Under updated government guidance, the second booster dose can now be administered any time up to 12 weeks apart for both the Pfizer and Oxford vaccines.

Experts advising the government, including the Joint Committee on Vaccination and Immunisation (JCVI), said the focus should be on giving at-risk people the first dose of whichever vaccine they receive.