Bill Gates' divorce with Melinda Gates: What is the Jeffrey Epstein link?

Jeffrey Epstein was a financier who had ties with multiple wealthy and powerful individuals. Although he started his career as a math teacher in New York, in the 1970s he went to work in an investment bank Bear Stears 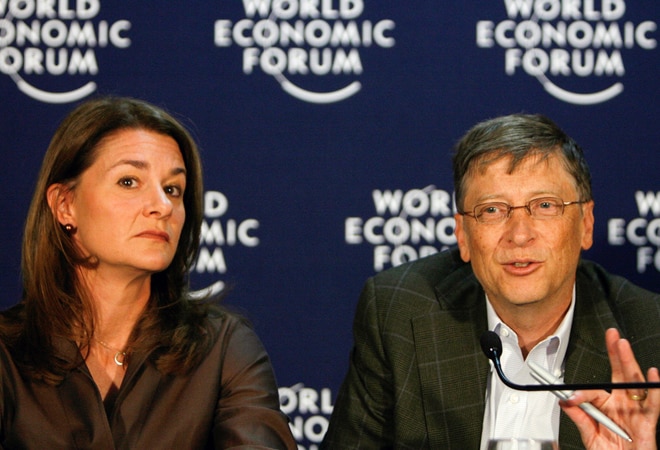 Bill Gates and Melinda Gates' marriage was 'irretrievably broken' since 2019 over the billionaire's ties with Jeffrey Epstein. Melinda reportedly started working with divorce lawyers well before a year of her split with Bill. Epstein who was awaiting trial on federal charges related to sex trafficking died in prison two months prior to the trial.

Part of her concerns was her husband's dealings with Epstein, as mentioned in a report in the Wall Street Journal. Melinda spoke with attorneys from several firms as early as October 2019 and said that her marriage was 'irretrievably broken', stated WSJ. Her concerns and unease about Bill's ties to Epstein dates back to at least 2013, it said.

The New York Times also reported in October 2019 that Gates had met with Epstein several times. He even reportedly stayed at Epstein's New York townhouse. The meetings reportedly took place over philanthropy.

Bill Gates told the WSJ that he did not have any business relationship or friendship with Epstein.

Before Epstein died, he named biotech venture capitalist Boris Nikolic the backup executor of his will. Nikolic had also worked as a science advisor to Bill Gates. He had recently also funded a dozen firms in gene editing and other health technologies. Nikolic told Bloomberg that Epstein did not consult him about the will and he had no intention of fulfilling the will.

WHO IS JEFFREY EPSTEIN

Jeffrey Epstein was a financier who had ties with multiple wealthy and powerful individuals. Although he started his career as a math teacher in New York, in the 1970s he went to work in an investment bank Bear Stears. In 1982, he found his own firm J Epstein and Co. He specifically marketed his services to people with assets more than $1 billion. Epstein operated his company out of the US Virgin Islands for tax purposes. According to the will signed by Epstein two days before his death, he was worth $577,672,654.

Epstein was charged with a count of sex trafficking of a minor and a count of conspiracy to commit sex trafficking on July 8, 2019. He pleaded not guilty. He was denied bail and was in prison. On August 10, Epstein died by apparent suicide. In July 2020, his ex-girlfriend and longtime associate Ghislaine Maxwell was arrested on charges relating to the case.

The indictment stated that Jeffrey Epstein sexually exploited and abused dozens of minor girls at his residences in Manhattan, New York and Palm Beach in Florida. The indictment also noted that Epstein also paid some of his victims to recruit additional girls. It stated that he abused girls as young as 14 years old. Investigators also found photographs of nude underage girls during the search of his New York City home.

EPSTEIN'S TIES WITH THE MIGHTY

Jeffrey Epstein was known for his ties with politicians from across the divide including Donald Trump and Bill Clinton, as well as with celebrities and public personalities. In 2002, Trump called Epstein 'terrific guy'. "He's a lot of fun to be with. It is even said that he likes beautiful women as much as I do, and many of them are on the younger side," he had said to New York magazine. After Epstein's arrest, Trump said that he had a fall out with him and that he is not a fan of Epstein. Bill Clinton issued a formal statement clarifying that he knew Epstein and had flown in his private plane but was unaware of the financier's criminal activities.

The financier was also associated with Queen Elizabeth's son Prince Andrew. There were allegations against Prince Andrew of having sex with one of Epstein's alleged victims, Virginia Giuffre multiple times. The prince admitted that it was 'wrong' to visit Epstein in New York City in 2010 but did not regret his friendship with the convict. Following criticism over his reaction, Prince Andrew stepped back from his public duties for the 'foreseeable future'.

'Outright lies': China on reports that its military scientists probed weaponising COVID-19 in 2015