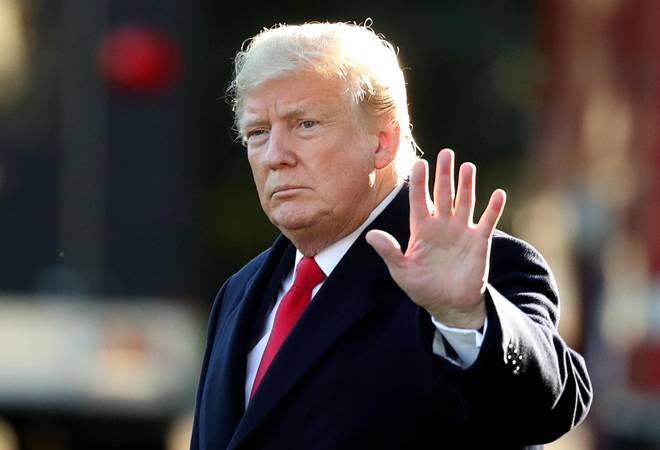 US President Donald Trump has threatened to terminate the trade deal with China if Beijing did not honour its provisions in the wake of the coronavirus pandemic that originated in the country.

China and the US in January signed Phase-1 of the trade deal as the world's two top economic powers move forward to end their bitter tit-for-tat two-year tariff war that had rattled markets and weighed on the global economy.

The deal, which calls on China to buy USD 200 billion worth of US products, is set to move ahead as planned. However, the US-China Economic and Security Review Commission in a report said China could invoke a clause in the agreement that allows for fresh trade consultations between the two countries "in the event of a natural disaster or other unforeseeable event".

"If that happens, we'll do a termination and we'll do what I can do better than anybody," Trump told reporters on Tuesday during his daily White House press conference on coronavirus.

The president was responding to a question as to how confident he is that the Chinese are not going to invoke the natural disaster clause mentioned in the trade deal.

"There is nobody ever been tougher on China than me," Trump said, reiterating that China had been ripping the US off for years till he was elected as the president.

Trump launched the trade war with China in 2018, demanding Beijing to reduce the massive trade deficit, which was USD 375.6 billion in 2017.

The two countries so far have imposed additional tariffs on nearly USD half trillion worth of goods. The US has imposed tariffs on more than USD 360 billions of Chinese goods, and China has retaliated with tariffs on over USD 110 billions of American products.

Also read: Coronavirus in US: Single-day death toll falls below 500 in New York for the first time

Coronavirus in US: Trump bans immigration for 60 days