Buffett also said he was backing a website, Drive2Vote, that would coordinate transportation to cast votes and that he had reserved a trolley that seats 32 people for the same purpose. 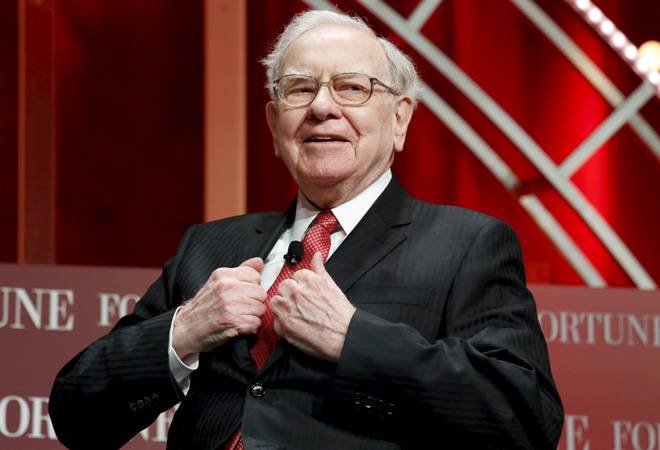 Billionaire investor Warren Buffett on Monday campaigned alongside Democrat Hillary Clinton at a rowdy rally in his home state of Nebraska, where he challenged Republican Donald Trump to release his tax returns and said he would personally drive people to the polls in November.

After delivering a forceful rebuke of Trump's recent statements about the Muslim parents of a decorated American soldier killed in Iraq, Buffett said he wanted to surprise Clinton and "make a little news" by announcing the launch of a get-out-the vote effort.

ALSO READ: Key developments that are shaping the market day

"I pledge today that on Election Day, Nov. 8, I will take at least 10 people to the polls who would otherwise have difficulty getting there," Buffett said.

Buffett also said he was backing a website, Drive2Vote, that would coordinate transportation to cast votes and that he had reserved a trolley that seats 32 people for the same purpose.

"I'm going to be on it all day. I'm going to do selfies, whatever it takes," Buffett said.

Buffett, a Clinton backer, said his goal is to generate the highest voter turnout in the congressional district that includes Omaha of any in the country. Nebraska is one of just two U.S. states that award electoral votes in presidential elections by congressional district. Buffett, whose Berkshire Hathaway (BRKa.N) conglomerate is based in Omaha, stressed that this gives power to Omaha residents to affect the outcome of the election.

Clinton responded to Buffett's pledge with a promise of her own, if his turnout goal is met.

"Warren and I will dance in the streets of Omaha together! Maybe if we're really lucky he'll wear his Elvis costume again!" Clinton said.

Buffett earlier challenged Trump to release his tax returns, something that presidential candidates typically do. The New York businessman has said he cannot do so until the Internal Revenue Service has completed an audit.

"Now I've got news for him," Buffett said. "I'm under audit, too, and I would be delighted to meet him anyplace, anytime, before the election.

"I'll bring my tax return, he can bring his tax return ... and let people ask us questions about the items that are on there," Buffett added, saying Trump was "afraid" not of the IRS but voters.

Buffett spoke for nearly 30 minutes to a raucous capacity crowd of roughly 3,100 in a high school in suburban Omaha with Clinton sitting at his side. He said the "final straw" was an ABC interview with Trump that aired Sunday in which Trump criticized Khizr Khan and Ghazala Khan.

The Khans took the stage together at the Democratic National Convention in Philadelphia last week, and Khizr Khan delivered a speech about his son, U.S. Army Captain Humayun Khan, who was killed by a bomb in Iraq 12 years ago. He also attacked Trump for proposing a temporary ban on Muslims entering the United States.

Trump has said he was "viciously" attacked by Khizr Khan, a naturalized U.S. citizen and a Muslim, when he publicly doubted the real estate developer had read the U.S. Constitution.

Trump also questioned whether Ghazala Khan, who stood at her husband's side during the address, was "allowed" to speak. Khan had also said that Trump had "sacrificed nothing," prompting Trump in his ABC interview to say, "I think I've made a lot of sacrifices."

Uber to invest $500 mn to create its own maps