Tesla CEO Elon Musk's wealth shot up to $199.9 billion after his rocket company, SpaceX concluded another funding round 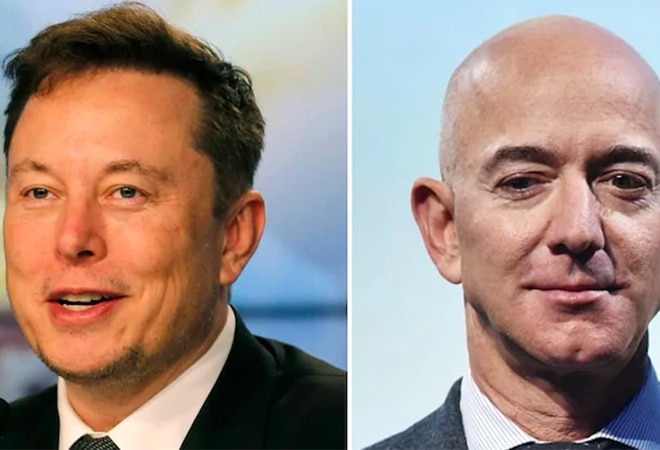 Tesla CEO Elon Musk is back on top again reclaiming the title of the world's richest person. The eccentric billionaire's wealth shot up to $199.9 billion after SpaceX concluded another funding round.

This vaulted him atop the Bloomberg Billionaires Index for the second time this year. Musk surpassed Amazon's Jeff Bezos, who briefly dethroned him as the world's richest person after Tesla shares fell, dragging Musk's net worth. Bezos's net wealth is valued at $194.2 billion.

Musk's space startup, SpaceX raised $850 million in fresh funding this month from a group of investors led by Sequoia Capital. The rocket company is valued at $74 billion after the round, which is a 60% jump from August.

This has helped push up Musk's net worth by around $11 billion, according to the index. Besides, the billionaire also invited Russian President Vladimir Putin to a chat on Clubhouse, the audio-chat-based social media app.

A spokesperson for the Kremlin said that although Putin isn't active on social media, Musk's invitation was "undoubtedly very interesting."

Bezos, who had held the title of the world's richest person for over three years until last month, had regained his number one position with a net worth of $191.2 billion for a brief period of time this week, knocking off the Tesla chief from the top spot.

Musk has been at the front and center of some of the biggest market events so far this year. The eccentric billionaire fanned the flames of GameStop Corp share rally and sent the stocks of Shopify Inc., Signal Advance Inc., Etsy Inc., and CD Projekt SA rolling with his booster shot tweets.

He also stirred up the price of Bitcoin and even Dogecoin, a little-known cryptocurrency that surged after his tweet earlier this month.

Meanwhile, Bitcoin raced past $50,000 days after Tesla disclosed that it had bought $1.5 billion worth of the cryptocurrency.